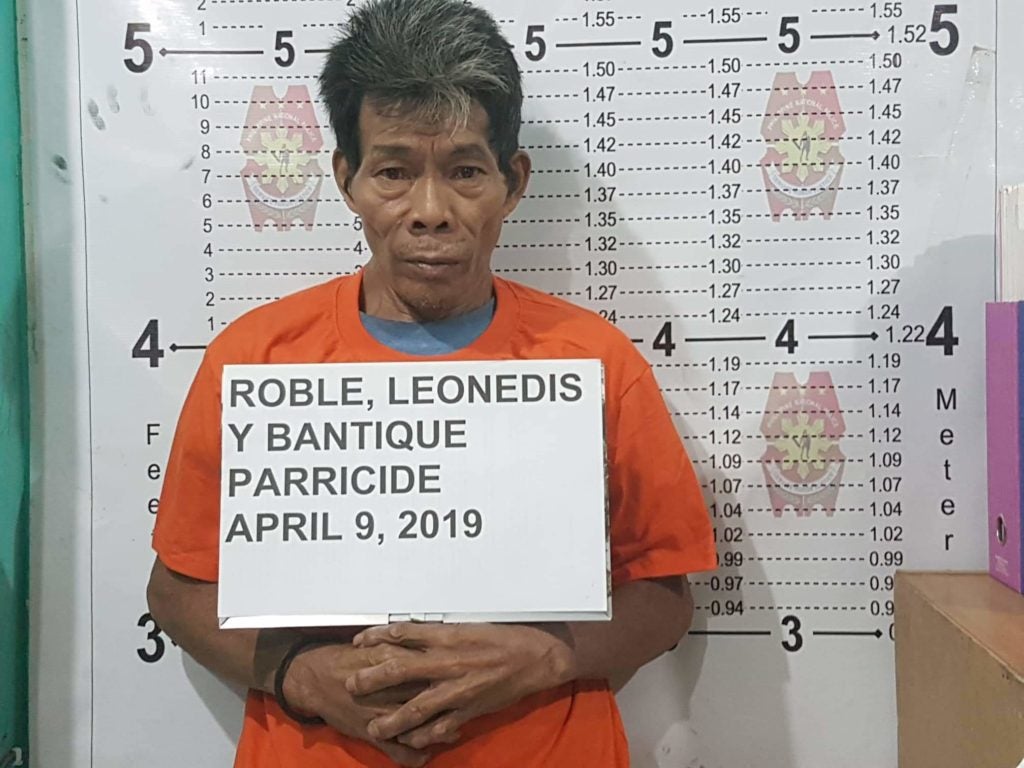 Leonides Roble, 63, admits to killing his wife, Calixta, for allegedly cheating on him with another man.

CEBU CITY, Philippines — For allegedly cheating on him with another man, a 63-year-old grandfather killed his wife by strangling her with a rope and made it appear like she committed suicide.

Leonedis Roble is now under the custody of the Guadalupe Police Station after he admitted that he killed his wife, Calixta, 59, in their home in Barangay Sapangdaku on the evening of April 8, 2019.

In an interview with CDN Digital, Roble said it has been a week since he learned that his wife is cheating on him with another man. He said he personally saw his wife sleeping in the house of her lover.

Roble said he got a rope to strangle his wife so she will not go to her lover’s house.

Roble said he roused Calixta from her sleep before he killed her.

Afraid that Calixta will notice his plan, Roble immediately wound the rope around her neck and tightened it to make sure she could not breathe.

Captain Dexter Basirgo, chief of the Guadalupe Police Station, responded to a report at around 11 p.m. on April 8, 2019 that a dead body was found in Barangay Sapangdaku.

Calixta was found hanging with a rope around her neck. She appeared to have committed suicide.

But evidence gathered by members of the Scene of Crime Operatives discovered inconsistencies in Calixta’s “suicide attempt.” Her body was found to have signs of foul play.

Basirgo then invited Roble to the station on the morning of April 9, 2019 as part of the investigation.

It was during the inquiry with Robe that he admitted that he killed his wife. / celr