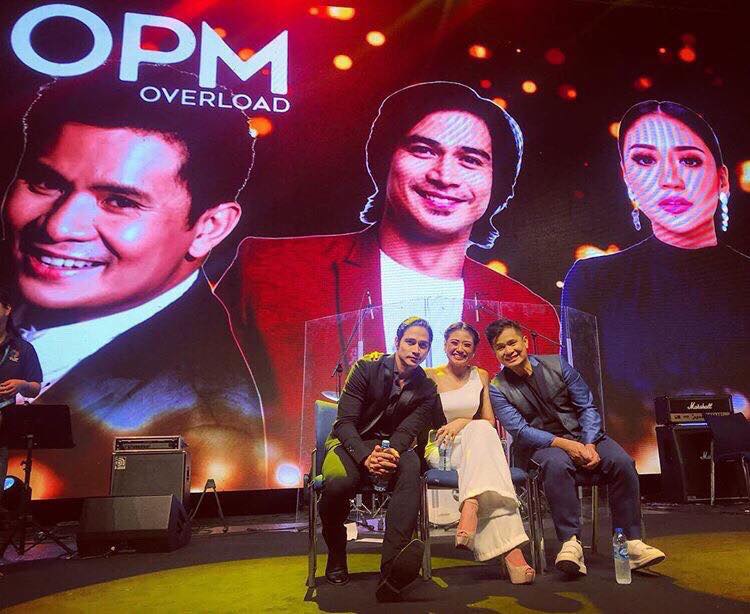 The 22-year-old singer took to Instagram and posted on the evening of April 10 about her recent experience performing with Alcasid and Pascual.

“Sir, @ogiealcasid it is truly an honor getting to sing with you,” Amon said.

She also had goosebumps when they performed the song, “Hanggang Ngayon” which was originally performed by Alcasid and wife Asia’s Songbird Regine Velasquez.

Amon also expressed joy when she revived the song, “Pangarap Ko Ang Ibigin Ka”, an original composition of Alcasid which is originally interpreted by Velasquez.

She considered the song as one of her favorite Original Pilipino Music (OPM) songs.

“You were amazing my dear @itsmorisette thank you also for the opportunity to sing with you! Keep shining for the Lord my dear,” Alcasid said.

Amon is also happy that she was able to perform, “Something I Need” with Pascual.

The song was the official soundtrack of the 2016 movie, “Everything About Her” headlined by Vilma Santos, Angel Locsin, and Xian Lim.

“Nakakatuwa ka lang din po talaga. Thanks for being so nice and cool,” Amon told Pascual.

Voice of the Philippines

She rose to fame when she joined the first season of, “The Voice of the Philippines” in 2013.

A native of Minglanilla, southern Cebu, she was part of  Popstar Royalty Sarah Geronimo’s team.

Read more: “Morisette Is Made” Cebu

She had her first major concert in Cebu City last July 2018 called, “Morissette is Made.”/dbs