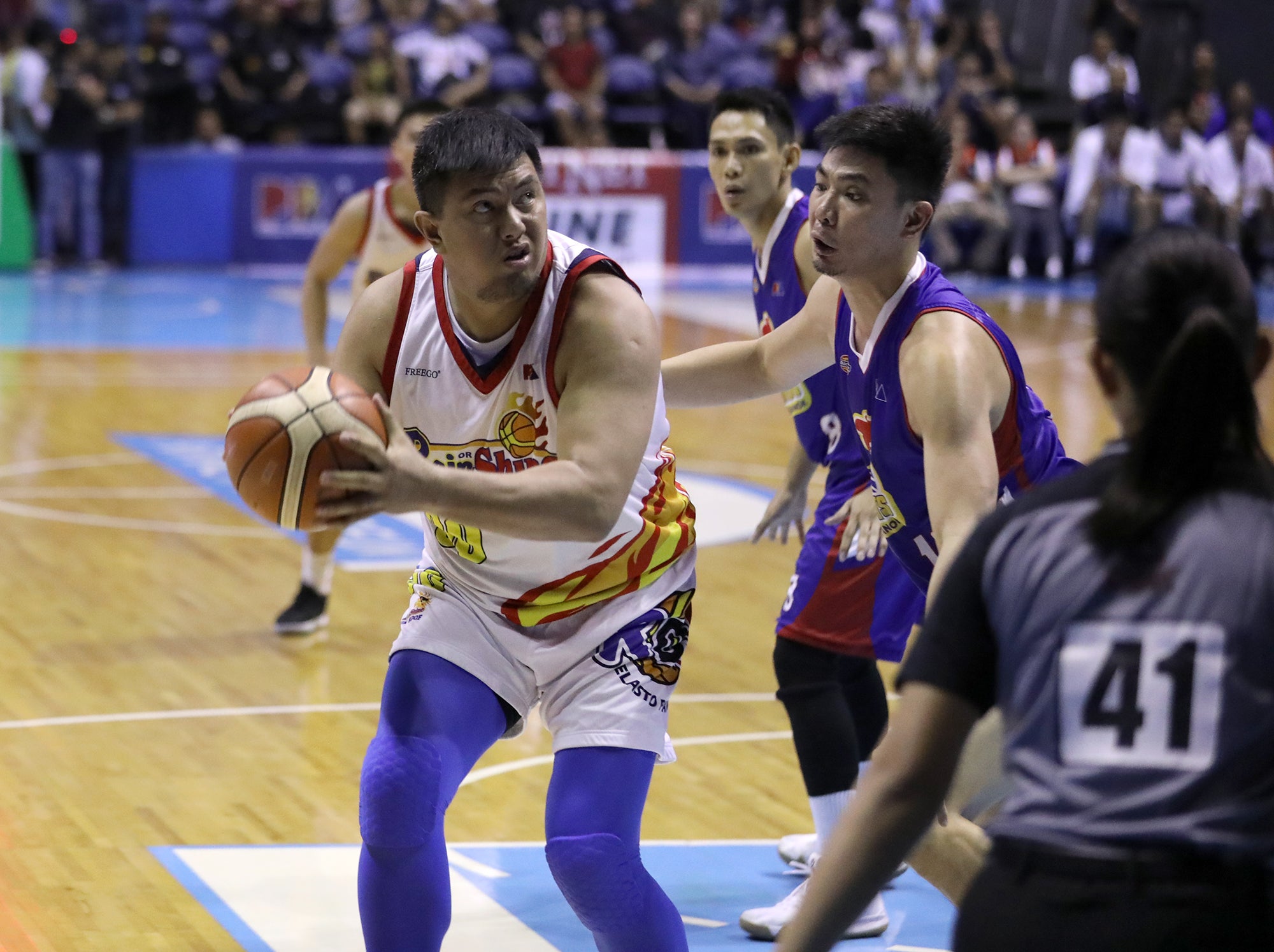 MANILA, Philippines—Magnolia put on a defensive clinic late to beat Rain or Shine, 85-74, in a must-win Game 3 in their Philippine Cup semifinals series Tuesday night, April 16, 2019, at Araneta Coliseum.

The Hotshots held the Elasto Painters scoreless in the final four minutes to close the game on a 9-0 run.

“We just tried to bring back Magnolia Hotshots basketball it’s a more defensive-minded team,” said Magnolia head coach Chito Victolero, whose squad made it a series after dropping Games 1 and 2.

“We needed to bring back our aggressiveness and energy. Even though, we’re tried we have no choice but to go back to our identity. We were focused for 48 minutes.”

Magnolia big man Ian Sangalang came alive in the fourth quarter where he scored 12 of his 16 points after going scoreless in the first half.

Rookie Javee Mocon led all scorers with 18 points that went with nine rebounds but even he couldn’t break the Painters’ dry spell down the stretch.

Mocon’s three-point play with 4:03 remaining that cut the Magnolia’s lead down to two, 76-74, turned out to be Rain or Shine’s final points.

The Hotshots, who limited the Painters to just 11 points in the fourth quarter, go for the equalizer in Game 4 when the series resumes on Monday after the Holy Week break.

Read Next
Family of Canes couple are Duterte supporters