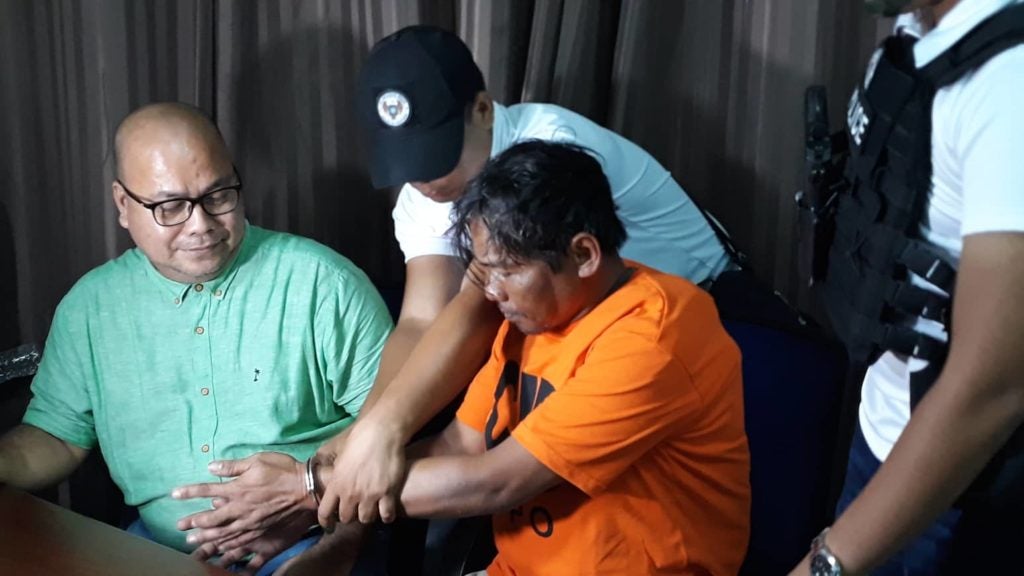 LAPU-LAPU CITY, Philippines — The Lapu-Lapu City Prosecutor’s Office will consolidate the murder cases separately filed against two men who were implicated in the death of Christine Lee Silawan.

City Prosecutor Ruso Zaragoza said that since cases filed against Renato Llenes, 42, and Silawan’s ex-boyfriend, 18, were the same, investigation will be made faster if they consolidate the two murder cases.

(We will consolidate the two cases and issue a joint resolution. It is still acceptable even if there are two different complainants or even just one. It will already be up to us to evaluate and issue our findings based on our evaluation of the two cases.  Our decision will be specified on the resolution that we will be issuing soon.)

Zaragoza promise to complete their evaluation of the two murder cases before the end of May.

Police in Lapu-lapu City filed on Tuesday, April 16, a murder complaint against Llenes, the self-confessed killer of the church collector.

They acted as complainant in the case after Silawan’s mother, Lourdes refused. Lourdes wanted Silawan’s ex-boyfriend also named as among the respondents of the murder complaint that the PNP prepared.

The National Bureau of Investigation in Central Visayas (NBI-7) lodge a separate murder charge against Silawan’s ex-boyfriend on March 18.

The panel of prosecutors handling the boy’s case has promised to resolve the murder complaint against him within a period of 60 calendar days of not later than May 18.

As for Llenes’ case, Zaragosa aid that they will need another 60 days to resolve the murder charge against him.  But if they consolidate his case with that of the 18-year-old suspect, the panel of investigators can also complete preliminary investigation of his case together with that of the first suspect.

Zaragoza said that Llenes was no longer subjected to inquest proceedings during the filing of his case on Tuesday because while he is now under police custody, his detention was for the illegal possession of an unlicensed firearm charge that was earlier filed against him and not the Silawan slay case.

All that the panel of prosecutors did on Tuesday was to subscribe Llenes’ supplemental extra-judicial confession.

Zaragosa said that the submission of evidences against Llenes is ongoing while the suspect through his counsel was also directed to already submit his counter affidavit./dcb

Read Next
Watch out for the return of Budoy