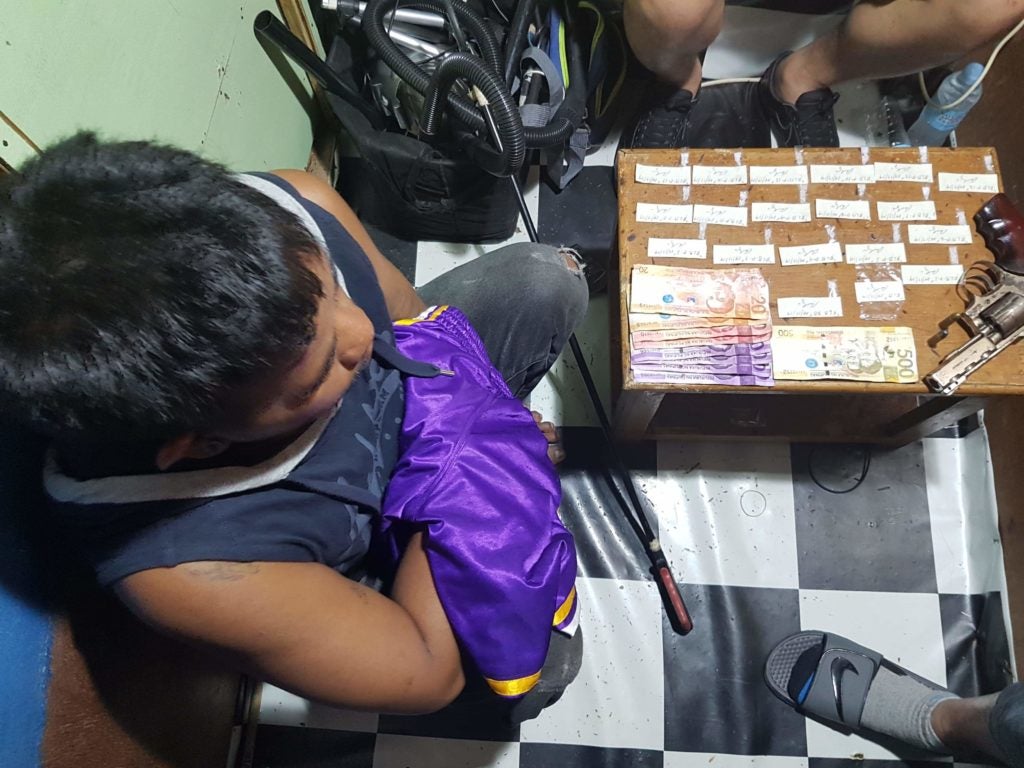 CEBU CITY, Philippines — A 31-year-old laborer, who lives a few meters from a police station and a fire station, was arrested by authorities in a buy-bust operation at 12:05 a.m. on Holy Wednesday, April 17, 2019.

Seized from Ramir Lofranco Bendol, also known as Ami Bendol, were 17 sachets of shabu with an estimated value of P14,688, a revolver handgun with two rounds of live ammunition, and cash amounting to P540.

Major Kenneth Albotra, chief of San Nicolas Police, said Bendol’s direct violation of the law by selling illegal drugs and living near the police station is an insult to them.

Albotra said Bendol is a laborer at the Pasil Fish Port.

His customers are his fellow laborers and other persons, who live and work in the vicinity of the fish port.

Albotra said one of the operatives of the station’s Drug Enforcement Unit posed as Bendol’s buyer using a P500 bill as marked money.

Bendol was immediately arrested after he exchanged a packet of shabu with the P500 bill from the operative. / celr