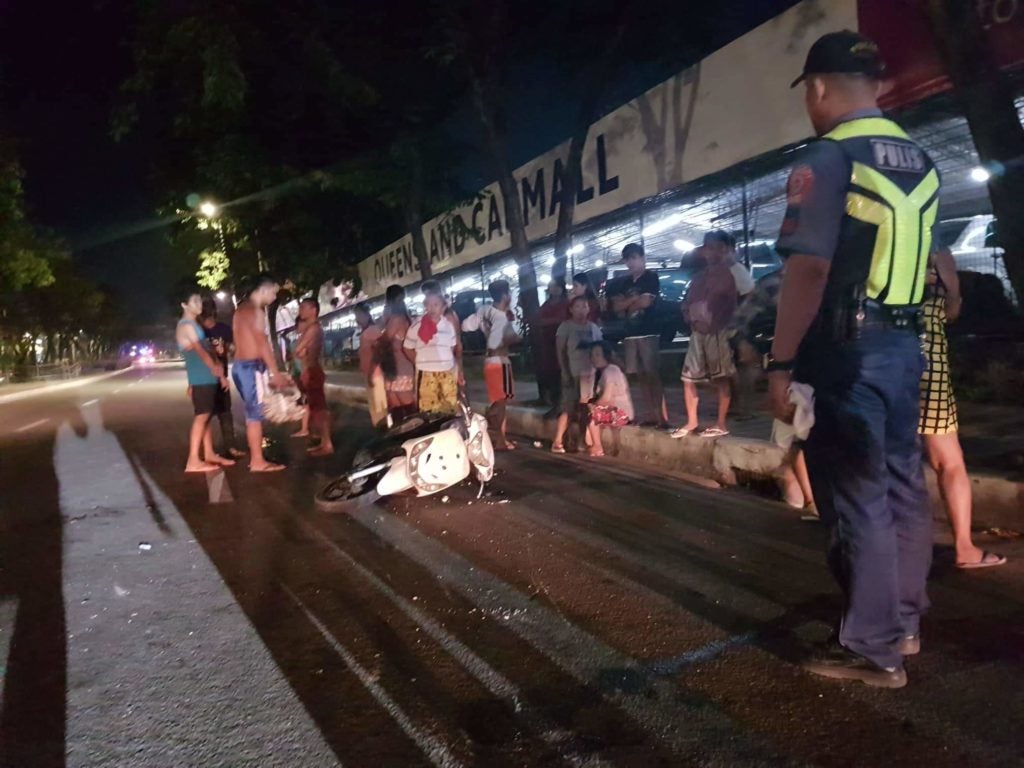 CEBU CITY, Philippines – – Police are on the hunt for the driver of a car that injured two women in a hit-and-run incident on Saturday, April 20, 2019 in Barangay T. Padilla.

Police Staff Sergeant Joseph Gallardo of the Mobile Patrol Group said Jeramy Cueva and Rosemarie Lambo were on the motorcycle when a car suddenly hit the rear end of the motorcycle along Imus Road in Barangay T. Padilla in Cebu City a few minutes past midnight on April 20.

The two women sustained injuries on the head, elbows and knees. They were brought to the hospital for immediate medical attention.

Witnesses of the incident said the erring car driver immediately fled the scene after the motorcycle crashed into the pavement which injured the two women.

The Parian Police Station is now conducting an investigation to determine the car and the driver involved in the incident. / celr