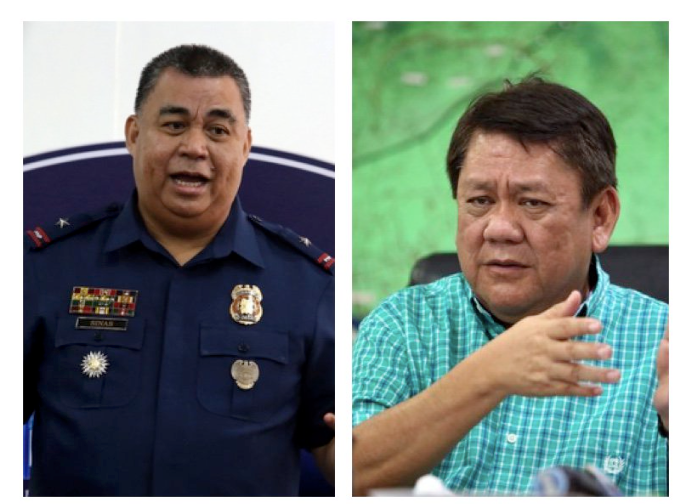 Sinas, in a press conference on Monday, April 21, said that as a non-partisan organization, the police must maintain a degree of neutrality at all times and the 10 policemen should not have received the sandwiches on a normal circumstance.

He said the policemen, who were recalled, were simply asked why they received the sandwiches and were reminded not to accept any goods from running candidates and other politicians during the election period to avoid any issues of partiality.

Sinas encouraged the members of the police force to avoid accepting anything from running candidates during the election period to avoid similar incidents.

Read more: PNP chief to Osmeña’s claims of cops being ‘used by politicians’: Give us proof

Councilor Margot posted on her Facebook page that she could not control the reaction of Sinas regarding the policemen accepting the sandwiches.

“I did what I had to do. Why will he punish the officers outside our house just for accepting a little food on Holy Thursday?” said Margot on her post dated April 21.

Read more: Comelec: Cops have discretion where to set up checkpoints

Meanwhile, Sinas said the checkpoint outside the mayor’s house was approved by Commission on Elections (Comelec) and was long scheduled by the Cebu City Mobile Force Company (CMFC).

Sinas said that the perception of the mayor is different from normal people, who would have been happy that a checkpoint was being conducted near their residences for security.

As to Osmeña’s claim that the police was being used for political reasons, Sinas said they were only doing their job and would remain independent from any incumbent or running politician.

Read more: Osmeña: President Duterte will hear about the police being used for politics

Sinas said that the police would continue to do their duty in keeping the elections safe despite the negative reactions of some running candidates./dbs