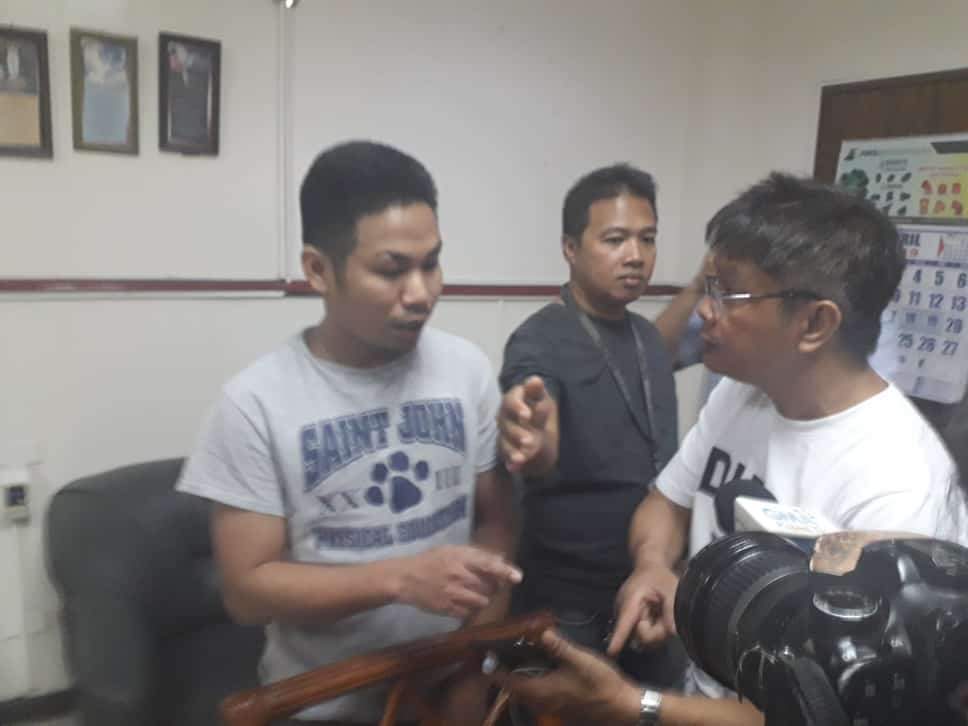 CEBU CITY, Philippines – – He is also a victim of an online investment scam.

This was the excuse made by Ramil Faustino, 29, who was nabbed by the National Bureau of Investigation in Central Visayas (NBI-7) in an entrapment operation on Tuesday, April 24 inside a subdivision in Lapu-Lapu City.

Faustino’s arrest stemmed from a complaint filed by overseas Filipino worker (OFW) Abraham Mallari before the Manila office of the National Bureau of Investigation (NBI) on January 29.

Mallari complained that Faustino is engaged in online investment scams with OFWs as victims.

As part of the entrapment operation, Mallari created a dummy account pretending to invest P500,000 to Faustino’s online page.

The two transacted business, which later led to Faustino’s arrest past 1 p.m. on April 24 in a subdivision in Lapu, Lapu City

Faustino has been residing in Lapu-Lapu City since January  in 2019.

“This is the usual scam modus where unsuspecting victims are enticed to invest in something, promising a huge return of investment,” lawyer Tomas Enrile, NBI – 7 head said.

Mallari started to invest his money in Faustino’s alleged investment scheme on July 2018 after persistent invitations from his fellow OFWs.

Mallari said they received their returns of investment as promised.

He said OFWs, whose investment reached P5 million, were given expensive freebies such as cars or watches.

It started to look suspicious when they were no longer able to contact Faustino after their last investment on December 2018.

“He said our last investment will be in December 30, 2018 so many went full blast. Some used their houses and ATMs as loan collaterals,” Mallari said in Filipino.

By that time, Mallari said he already invested between P4 to P5 million.

But Faustino said he is also a victim of the investment scheme saying that a certain Alex Timhorn duped him and other individuals with P50 million worth of  investment returns.

‘To good to be true’

Faustino denied having direct transactions with Mallari saying that the investment scheme is done in groups.

Enrile of NBI-7 reminded the public to be wary of investment schemes which are “too good to be true.”

Lawyer Bernard Dela Cruz, the administering prosecutor, said Faustino will be facing charges for falsification of documents, estafa, and for use of aliases.

(There are more complainants from other places. They were not able to join us when the case was filed in Manila so we encourage them to file here in NBI-7.)

Dela Cruz said there are over 100 complainants against Faustino in Manila alone.

Faustino, who hails from Zamboanga City, has been staying in a subdivision in Lapu-Lapu pu City, Cebu since January 2019. / celr