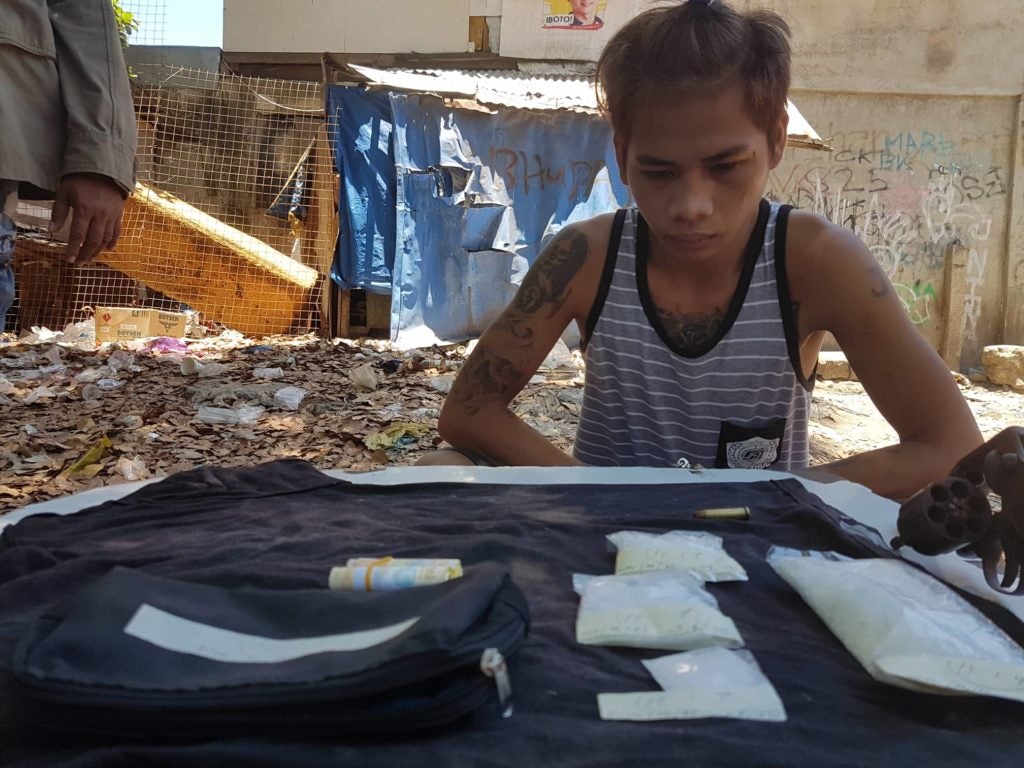 Joshua Sudario is caught with P1 million worth of suspected shabu during a buy-bust operation in Barangay Guadalupe, Cebu City. | Benjie Talisic

CEBU CITY, Philippines — After confiscating nearly a half a million peso worth of suspected shabu four days ago in Barangay Guadalupe, police this time got a one million peso drug haul during an anti-illegal drug operation on Black Saturday in Banawa of the  Cebu City barangay.

Joshua Sudario, 19,  was arrested after he was caught with 150 grams of suspected shabu during a buy-bust operation in Banawa on the morning of April 20, said Police Major Kenneth Paul Albotra, San Nicolas Police Precinct chief, in an interview with CDN Digital on Saturday.

Albotra said the confiscated drugs had an estimated Dangerous Drugs Board value of P1 million.

Albotra said that after receiving reports of the suspect’s alleged drug activities, they verified them, and then conducted the operation.

He said that the Drug Enforcement Unit of the San Nicolas Police Precinct led the operation against the suspect, who had been arrested two times for possession of illegal drugs and illegal drug paraphernalia prior to his arrest on Saturday.

Sudario was detained at the San Nicolas Police Precinct pending the filing of charges./dbs