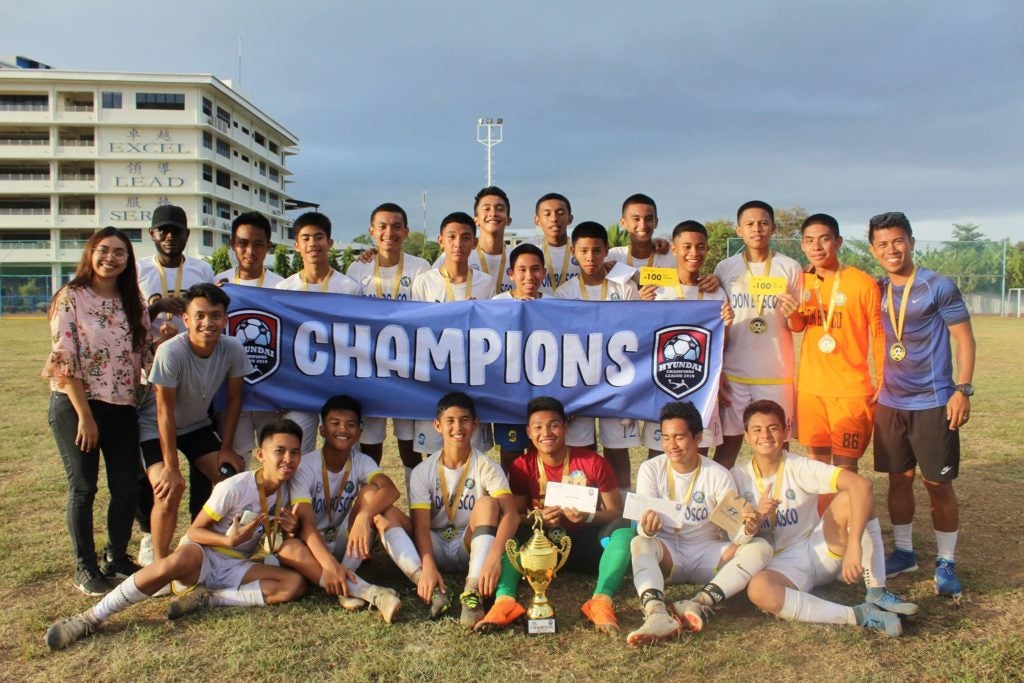 Josh Asignar opened the scoring for DBTC when he found the back of the net in the 30th minute. DBTC’s first Hyundai title was sealed via a header by CJ Songalia 15 minutes later.

DBTC was also the one who prevented defending two-time champions SHS-AdC Magis Eagles from advancing to the finals, following a 3-1 victory over the former champions in the semifinals.

The Magis Eagles settled for third place after routing DB Blue 5-0 in the battle for third match.

Scoring the goals were Chandler Argo, who had a hattrick, Christian Lumapas, and Matthew Suico.

DBTC also brought home with them three of the special awards including the coveted Most Valuable Player honor, which went to Vaughn Pacaña.