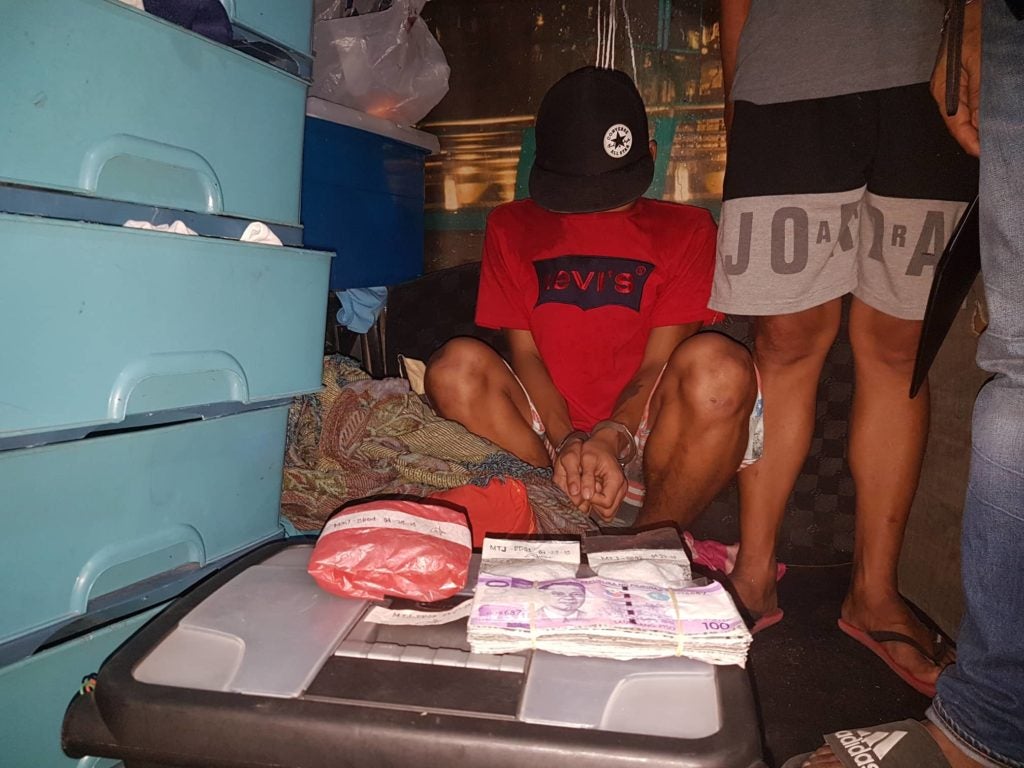 A 17-year-old boy is caught with 200 grams of suspected shabu in a buy-bust operation in F. Villa Street in Barangay T. Padilla, Cebu City on April 29. | Benjie B. Talisic

CEBU CITY, Philippines — At least P300,000 worth of suspected shabu was confiscated from a 17-year-old boy in a police operation in F. Villa Street, Barangay T. Padilla, Cebu City on Monday, April 29.

The boy was held at the Police Drug Enforcement Group Visayas (PDEG) Visayas office and would be turned over to the Operation Second Chance in the morning, said Lieutenant Colonel Glenn Gonzales, PDEG Visayas deputy chief, in an interview with CDN Digital on April 29.

Gonzales said that the teenager was caught with 50 grams of suspected shabu with an estimated Dangerous Drugs Board value of P340,000.

The operation happened a few hours after the shootout in Barangay Basak San Nicolas where P1.3 million suspected shabu was recovered and two drug suspects were killed.

He said that the buy-bust operation was conducted at past 7 p.m. on F. Villa Street, which led to the arrest of the boy. /dbs