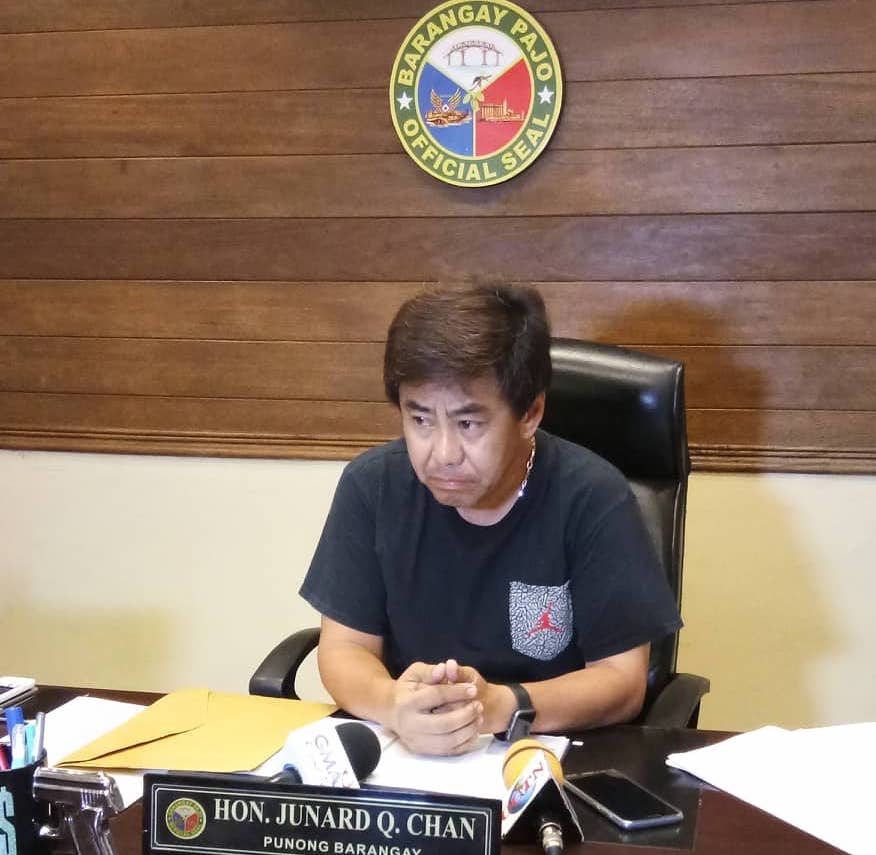 According to Chan, his former allies, ex Department of Interior and Local Government undersecretary Lito Ruiz, and radio block timer Rufo Bering, were paid by the camp of the Radaza to destroy his image, especially with the elections just around the corner.

Chan will be going up against Arturo Radaza, the husband of the current mayor, this May 13 elections.

Ruiz and Bering alleged that Chan was the one behind on the strafing incident in Canjulao barangay hall last 2010. They alleged that he did this to boost his candidacy and to gain sympathy.

All of them lost in that year’s elections.

Ruiz and Bering claimed that Chan hired someone to strafe the barangay hall. No one was hurt during that incident.

Both Ruiz and Bering also alleged that what happened to Cesar Siaton could also be part of Chan’s strategy to gain support in this year’s elections.

Siaton, a Chan supporter, was shot in his stomach last Saturday evening, April 27, 2019, by two unknown suspects. He died while being confined at the Vicente Sotto Memorial Medical Center.

But Chan denied the allegations, saying he would not sacrifice someone’s life just to boost his candidacy.

Mayor Paz Radaza, for her part, told reporters in a press conference in Barangay Gun-ob, where she was joined by Ruiz and Bering, that she was suspicious of the timing of Chan’s claims of threats to his life.

(All these, we can say that it’s planned. He really orchestrated thus from 2010.)

Radaza said it is only when she is running against Chan that things like these happen.

(Ahong was one of the candidates in 2010, he was one of my opponents. In 2013 and 2016, nothing like this happened. Because my rivals at that time for mayor was Jun Pelaez and Lando Patalingjug. So it’s really the style of Ahong to come up with things like these.)

Radaza stated that the alleged ambush plot against Chan was just his imagination. /bmjo