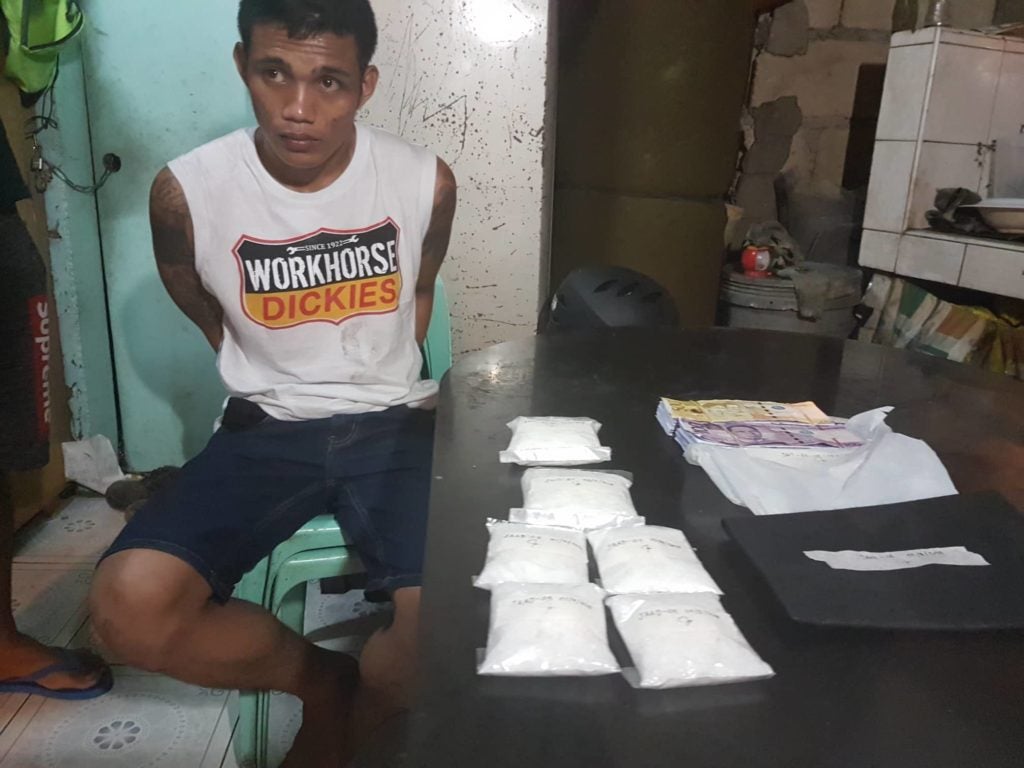 Jhon Ariel Delalamon is caught with P2.7 million worth of suspected shabu on Friday, May 3.. | Benjie Talisic

CEBU CITY, Philippines — A former construction worker, who shifted work allegedly as a drug courier, was arrested in an anti-illegal drug operation on Friday afternoon (May 3) in Sitio Riverside, Barangay Hipodromo, Cebu City.

Gonzales said that the alleged illegal drugs confiscated from Delalamon had an estimated Dangerous Drugs Board value of P2.7 million.

The drug haul followed after the T. Padilla operation last April 30 conducted by the PDEG where they confiscated P300,000 worth of suspected shabu from a minor, who was also allegedly a suspected drug courier.

He said that they received information about Delalamon’s illegal activities from a drug suspect that they PDEG arrested in an earlier operation.

Then the buy-bust operation was conducted resulting to the arrest of Delalamon.

Delalamon was detained at the PRO-7 detention cell pending the filing of charges./dbs