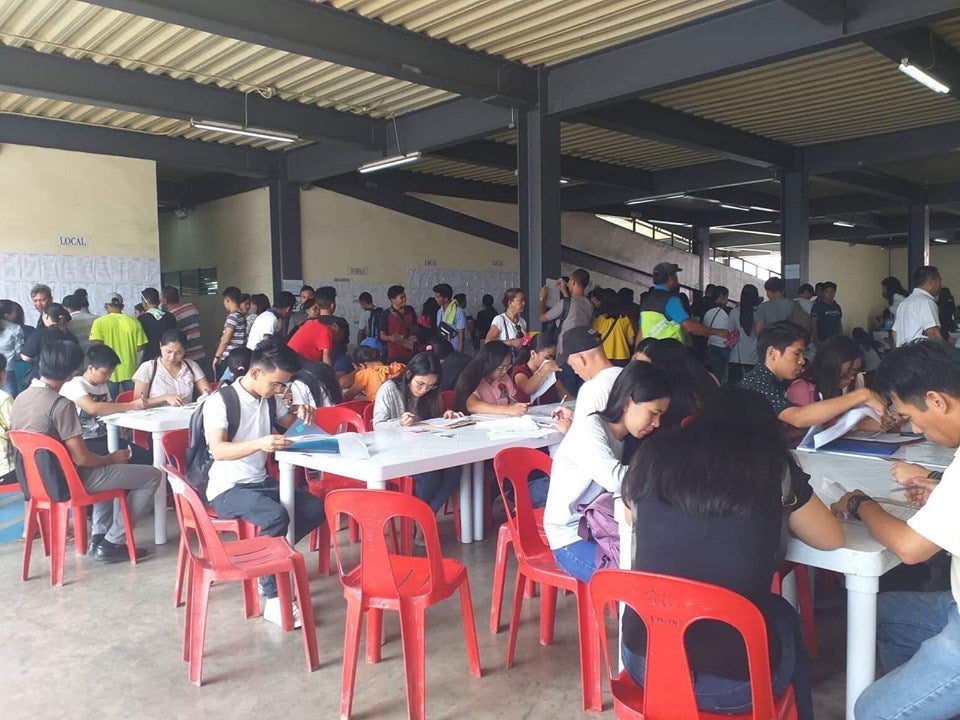 Mandauehanons trooped to the ground floor of the city’s new parking building to look for employment opportunities during the Labor Day job fair. /Photo from the Mandaue City PIO FB page

There were at least nine senior high school graduates who were hired on the spot for various positions such as cashiers, sales clerks, housekeeping, baggers, call center agents, and room attendants, said Salome Siaton, regional director of the Department of Labor and Employment in Central Visayas.

“During one of the meetings of the Industry Tripartite Council in Education, one of the vital ideas floated was an assessment to be conducted by the respective educational institutions on the placement rate of senior high (school) graduates,” Siaton said.

She cited the need to know the placement rate of senior high school graduates who opted to work, rather than take up technical or college courses.

“What type of industry are they engaged with? These questions will be answered if agencies and groups concerned would do evaluation, assessment and tracer on their graduates,” Siaton explained.

This would be a very important tool in re-visiting the effectiveness of the Senior High program and would help the Industry Tripartite Councils in Education in Central Visayas identifying the plans and advocacies to guide the academe, she added.

Also, this will help DOLE address the perennial problem of job-skills mismatch in the region as well as the entire country,  Siaton said.

DOLE was expecting an increase in the number of applicants hired on the spot in the coming days as it tallied over 700 near hire applicants, or those who were asked to undergo further interview with employers or asked to comply with other pre-employment requirements.

The Department’s latest data showed that of the 3,226 total number of job applicants registered, 1,914 of them were qualified.

Around 102 were referred to the Technical Education and Skills Development Authority (TESDA) for skills training; 44 to the DOLE under its livelihood program; around 40 to the Department of Trade and Industry (DTI) for business opportunities; and around 311 to other agencies offering the One-Stop-Shop Services.

On May 1, DOLE-7 partnered with the Public Employment Service Offices, Department of Trade and Industry (DTI), and other social partners such as SM City Cebu for the holding of the job fairs./dcb