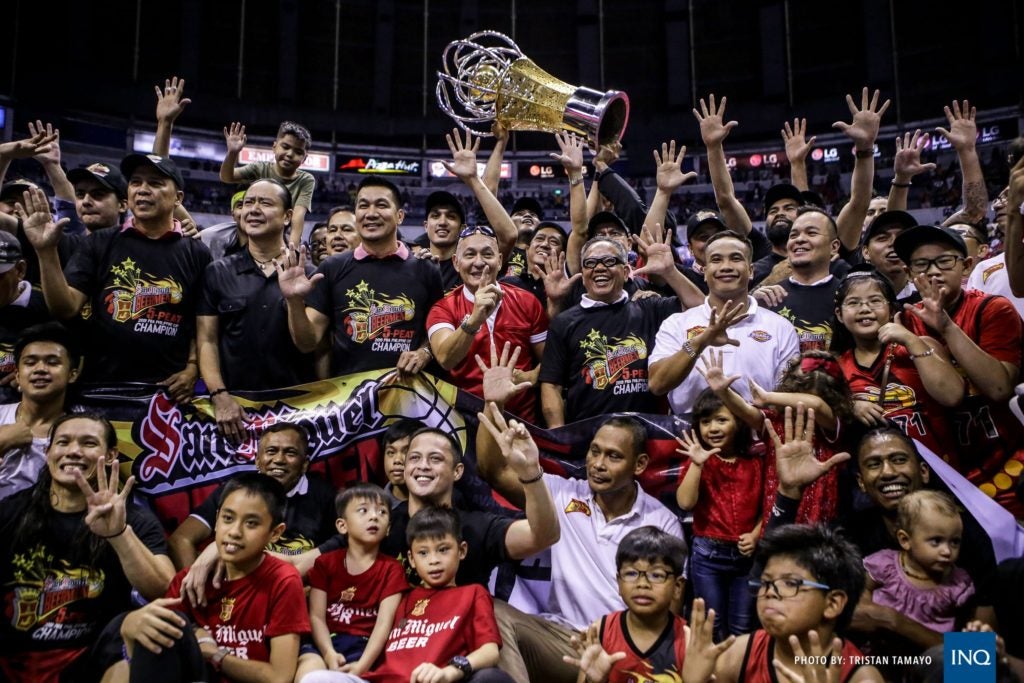 The San Miguel Beermen have stretched their dominance in the All-Filipino Conference, winning their fifth straight PBA Philippine Cup title on Wednesday, May 15, 2019. | photo from Inquirer.net

Cebu City, Philippines—San Miguel Beer pulled off a huge comeback, crawling back from 17 points down to defeat Magnolia, 72-71, in Game 7 of the 2019 PBA Philippine Cup Finals on Wednesday night, May 15, 2019, at the Araneta Coliseum in Cubao, Quezon City.

The Beermen, thus, cemented their status as one of the greatest teams in the league by winning a league record fifth straight All-Filipino Cup title. The crown is also the team’s 26th overall in the league.

Alex Cabagnot and Cebuano June Mar Fajardo led the comeback win as they finished with 18 and 17 points, respectively in a game that went down the wire. 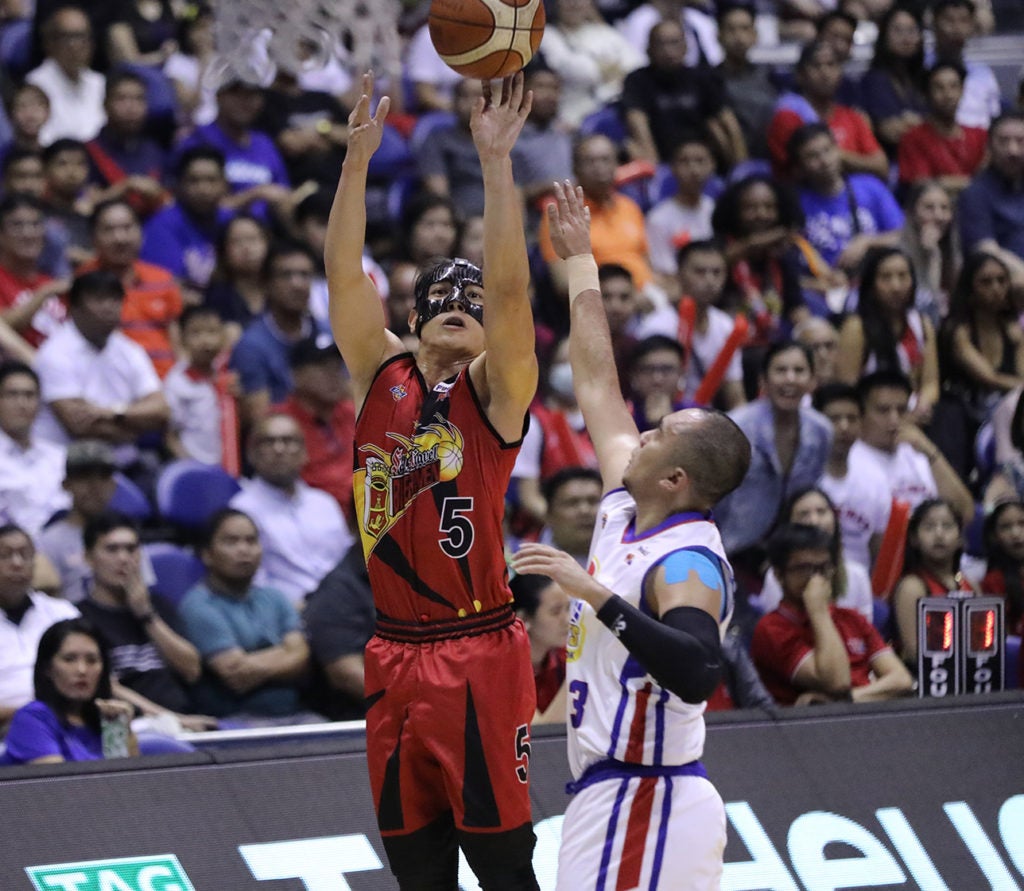 San Miguel’s Alex Cabagnot pulls up for a jump shot against Paul Lee of Magnolia in Game 7 of the 2019 PBA Philippine Cup. contributed photo | PBA Images

Fajardo also finished with a whopping 31 rebounds, a new all-time high for a local in PBA  history. The Cebuano from Pinamungajan, Cebu also had two blocks.

Magnolia’s biggest lead was actually 17 points in the second quarter where San Miguel struggled to score and managed just five points in the entire quarter, which was a Finals record low in the league.

But the Beermen, who pulled off one of the most amazing comebacks in sports history when they recovered from a 0-3 series deficit in the 2015 Philippine Cup Finals against Alaska to win their first of five straight All-Filipino titles, slowly chipped off the lead in the second half until they finally took the lead, 61-60, at the 7:57 mark of the fourth.

From thereon, it was a see-saw battle with both teams exchanging baskets. 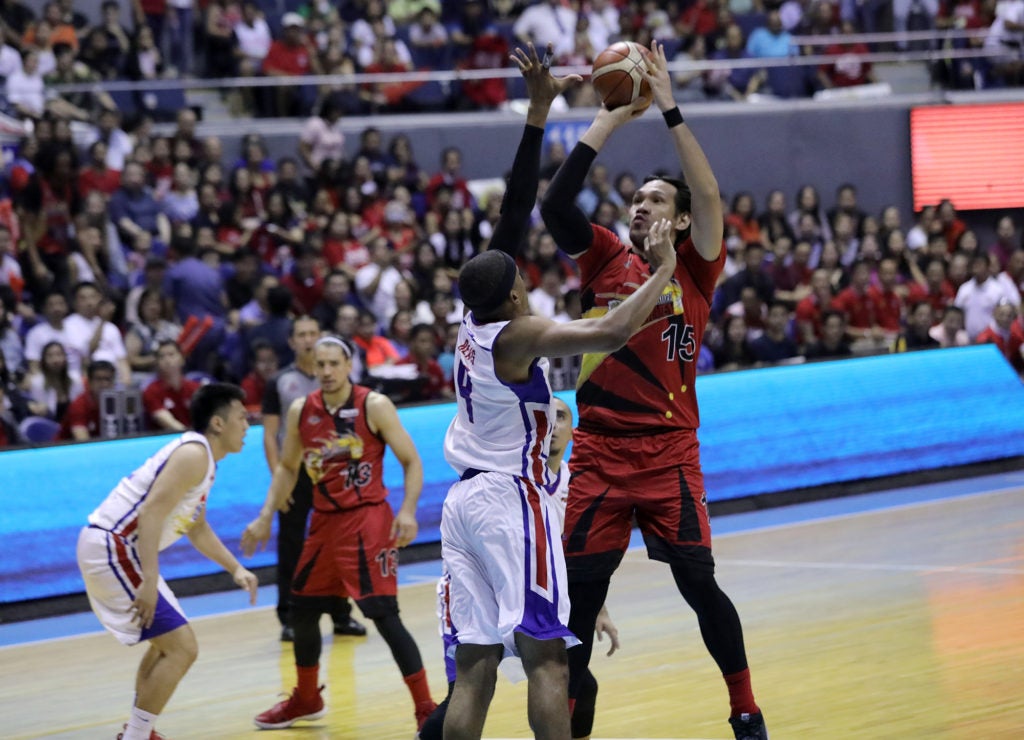 San Miguel then won it with defensive stops in the closing seconds, with Jio Jalalon missing two crucial shots in the final 20 seconds of the game.

After the 2015 title against Alaska, the Beermen also won the 2016 crown against the Aces again, the 2017 title against Barangay Ginebra, the 2018 trophy against Magnolia, before winning it again this year against the Hotshots anew.

Fajardo went on to win the Finals MVP award–his third–after a consistent showing in the entire series.

Arwind Santos also played a huge factor in the win, finishing with 17 points and 11 rebounds.

Ian Sangalang topped the Hotshots with 17, most of which he made in the first half where Magnolia pulled away. /bmjo

Read Next
What will happen to the cases filed against Arcilla and Andales?