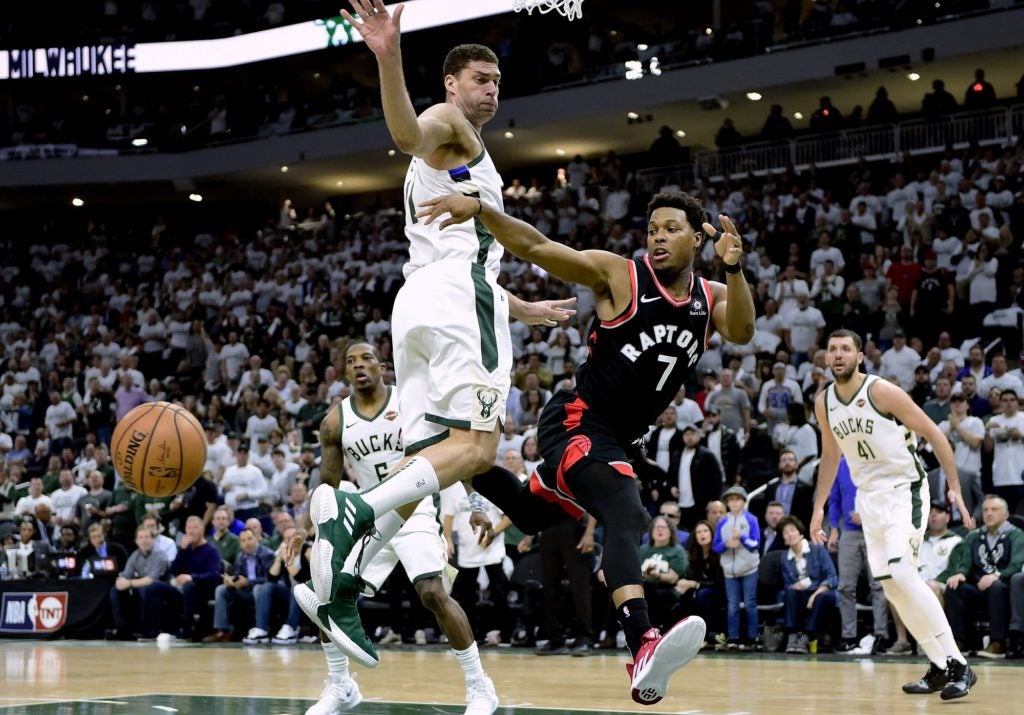 MILWAUKEE — Brook Lopez scored 13 of his 29 points in the fourth quarter, Giannis Antetokounmpo added 24 and the Milwaukee Bucks rallied in the final minutes to beat the Toronto Raptors 108-100 in Game 1 of the Eastern Conference finals on Wednesday night (Thursday morning, Philippine time).

Lopez had a dunk with 2:20 left to put the Bucks ahead for good, added a 3-pointer on the next Milwaukee possession to push the lead to four and the team that finished the regular season with the NBA’s best record — after trailing for the overwhelming majority of the game — did just enough in the final minutes to grab the series lead.

Malcolm Brogdon scored 15 and Nikola Mirotic had 13 for Milwaukee, which closed the game on a 10-0 run.

Kawhi Leonard scored 31 points and Kyle Lowry added 30 for the Raptors, who led by as many as 13 early and took an 83-76 lead into the final quarter.

Lopez added 11 rebounds for the Bucks, who had three players post double-doubles. Antetokounmpo had 14 rebounds and Khris Middleton finished with 11 points and 10 rebounds for Milwaukee, which is now 9-1 in this postseason.

The Bucks trailed for 37 of the game’s 48 minutes.

Didn’t matter. They stayed just close enough until they could finish with a serious kick. The Raptors missed their last eight shots and were outscored 32-17 in the fourth quarter.

Pascal Siakam scored 15 for Toronto, including a 3-pointer over Antetokounmpo to end the third quarter and give the Raptors a seven-point lead with 12 minutes left.

It unraveled quickly from there.

With the chants of Milwaukee’s motto — “Fear the deer! Fear the deer!” — bouncing throughout the building, the Bucks predictably came out flying.

The flurry was brief.

The Bucks missed seven consecutive shots, the Raptors made four 3-pointers in a span of three minutes, and that all helped become a 16-0 run by Toronto that turned an early 8-3 deficit into a 19-8 edge. The lead got as big as 13 later in the quarter on a fadeaway jumper by Leonard, and the Raptors held the lead the rest of the half.

Milwaukee had a chance to take its first lead since the opening minutes when Antetokounmpo went to the line for a pair of free throws with 8:17 left in the third and the Bucks down by only one. He missed both and the Raptors peeled off the next nine points to rebuild what then was a 10-point lead again.

But Toronto shot 5 for 22 in the fourth, the Bucks finally reclaimed the lead, and the Raptors’ chance to steal home-court went awry. /bmjo