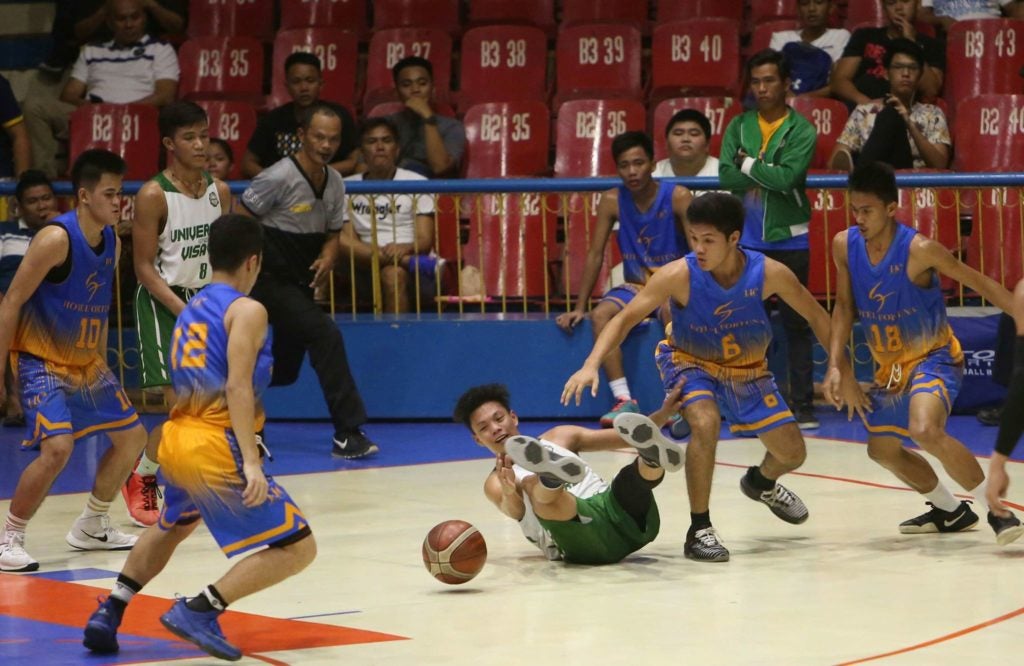 A bit of 2018 Partner’s Cup action between the juniors teams of UC and UV. CDN file photo

Cebu City, Philippines—Cesafi teams will finally get to see if the teams they have assembled for the new season are up to par as they compete in the 2019 Cesafi Partner’s Cup, which is slated to kick off on June 1, 2019.

All seven teams of the collegiate division are slated to compete while the high school division will have 10 squads.

Cesafi deputy commissioner, Danny Duran, said that all players who are eligible to play in the upcoming 2019 season could suit up in this tournament.

Teams will also have the option of changing their rosters during their elimination round.

The college division will be having a double round-robin while the high school teams will play a single round-robin in the elims. The top four squads will advance to the semifinals with the top two enjoying a twice-to-beat advantage.

The championship round will be a best-of-three affair.

Coaches of two of the perennial powerhouse teams — the University of the Visayas (UV) and the University of Cebu (UC) — said that this tournament will go a long way towards preparing their respective teams for the much-larger battle later in the year.

“It’s still too early to tell since its only the second day coach Yayoy (Alcoseba) came back from the elections. For now, we are just taking it one day at a time. Basically this will be a new team since we only have a few players coming back from last years team,” said UC’s assistant coach, Rocky Alcoseba, regarding the Webmasters, who will be parading a new African big man replacing former all star, Frederick Elombi.

Meanwhile, UV head coach Gary Cortes admitted that his team is still trying to catch up on their preparations, which has been delayed because of the availability of their newly refurbished gym.

“Honestly, the team is not prepared. We have just started practicing two days ago in preparation for the national PRISAA tournament,” said Cortes.