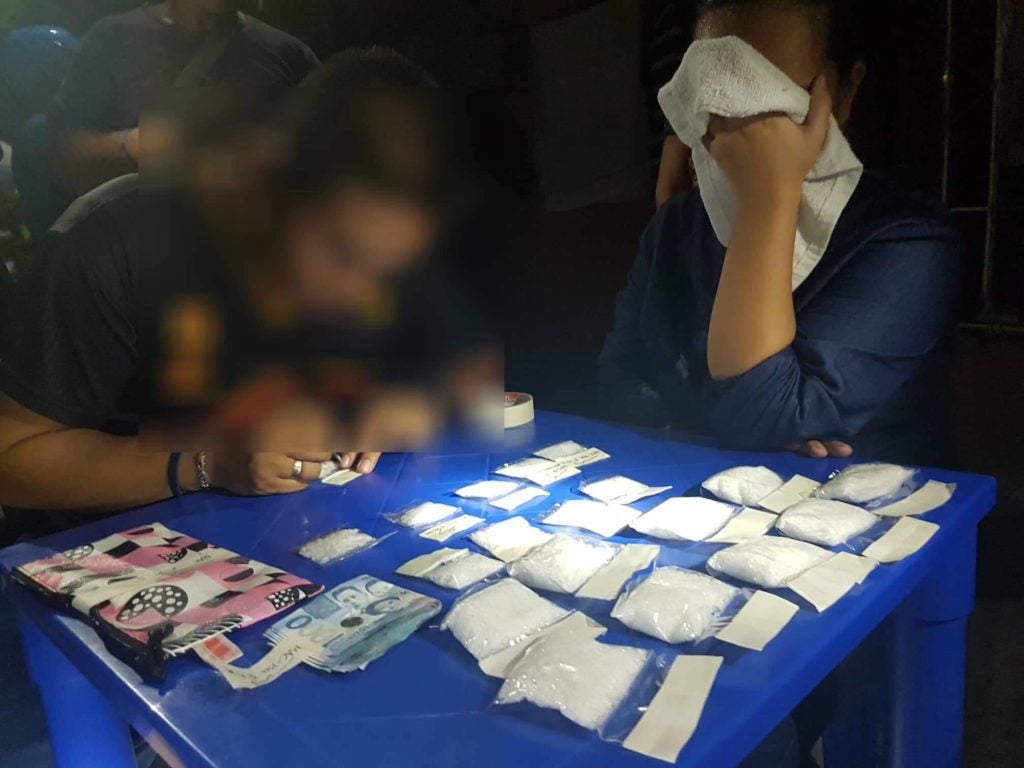 Marylou Cabahug is caught with P1.87 million of suspected shabu during a buy-bust in Barangay Basak-Pardo on Sunday, May 19. | Contributed photo

Cabahug was allegedly caught with 275 grams or P1.87 million worth of illegal drugs in a buy-bust operation conducted by the City Intelligence Branch (CIB) of Cebu City Police Office (CCPO) 9:10 p.m. Sunday, May 19.

Cabahug was arrested at her rented home in Sitio Kiosko, Barangay Basak Pardo.

He added that they have placed Cabahug under surveillance for almost a month now, before they finally conducted the operation.

Cabahug’s common law husband, Quirante, is detained at the Cebu City Jail, since he was arrested in November 2015.

This is so far the second drug bust conducted by the CIB today, Sunday, May 19. The first was in Barangay Mabolo where they also confiscated P2.8 million worth of illegal drugs./dbs