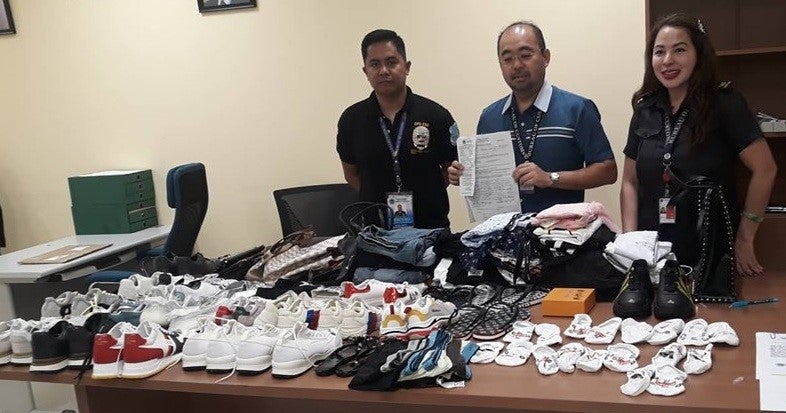 (Left to Right) Special Agent Robert Terence Monteño, OIC Ricardo Morales, and Customs examiner Hevelyn Marzado conducts an inventory of undeclared personal items that were seized from a traveler who recently arrived in Cebu from China. /Photo from the Bureau of Customs Port of Cebu

CEBU CITY, Philippines—The Bureau of Customs Port of Cebu will soon dispose undeclared personal effects, mostly branded footwear, which they seized from a traveler who arrived in Cebu from China on March 26, 2019.

The personal effects were confiscated from passenger Jo Nari upon his arrival at the Sub-port of Mactan, said a Facebook post by the Bureau of Customs Port of Cebu.

On April 15, 2019, BOC Cebu issued a warrant of seizure and detention on the misdeclared/undeclared items for violation of the Customs Modernization and Tariff Act.

Atty. Elvira Cruz, BOC Cebu District Collector, then ordered the seizure and directed the Customs Enforcement and Security Service (ESS) to take custody of the same to strictly observe the Customs Memorandum Order No. 8-84.

A return of service of warrant of seizure was then conducted at Mactan Cebu International Airport, Sub-port of Mactan Passenger Service by Special Agent II Robert Terrence P. Monteño on 30 April 2019.

According to the Customs Port of Cebu FB page, the seized items are stored for safekeeping while waiting for final disposition./dcb