PRO-7: Bontuyan relieved from CIDG due to alleged connection to illegal drug trade 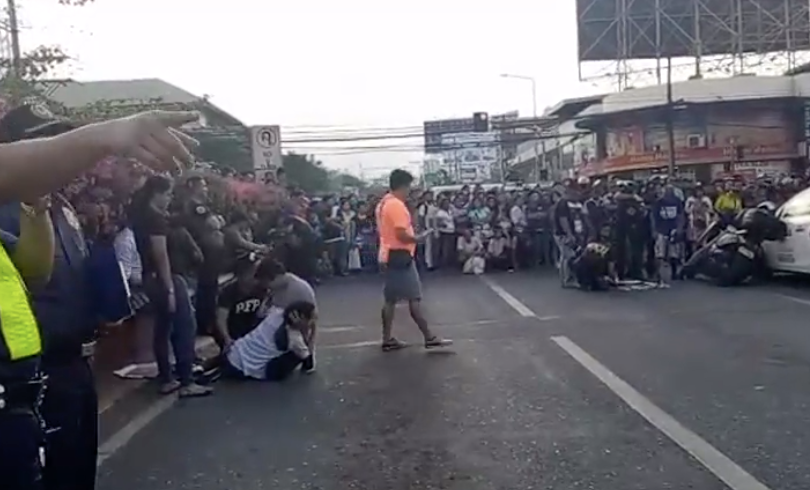 Cebu City, Philippines—Police Regional Office in Central Visayas (PRO-7) said that slain Police Captain Delfin Bontuyan was relieved from the Crime Investigation and Detection Group in Central Visayas (CIDG-7) in 2016 because of his alleged connection to the illegal drugs trade.

Police Brigadier General Debold Sinas, director of the PRO-7, said that in 2016, there was an insinuation that Bontuyan was ninja cop and a narco cop.

However, Sinas said no charges were filed against Bontuyan because there was not enough evidence to support these claims.

Bontuyan was shot dead on Tuesday afternoon, May 21, 2019, by men on board two motorcycles near the intersection of Juan Luna Avenue Extension and A. Soriano Street in Barangay Mabolo, Cebu City.

Sinas said he has directed the Mabolo Police Station, which is located just a few meters from where the crime happened, to investigate on why Bontuyan was in Cebu during the elections when all policemen were asked to stay in their mother stations for the elections.

Bontuyan was assigned in the Sulu Provincial Police Office prior to his death.

The director also wants to verify if Bontuyan did came from a hearing at the Regional Trial Court in Cebu City prior to the shooting.

Sinas said that he also instructed a background check to see if the allegations against Bontuyan in 2016 were indeed true and if this could be the reason why he was killed.

He said that currently, the investigation leans on possibility that the killing may be linked to his assignment in the CIDG-7 and the allegations against him. /bmjo