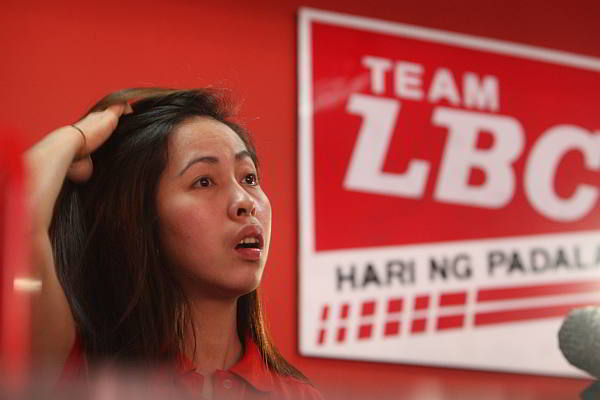 ANOTHER LBC courier outlet was robbed yesterday, this time the branch in T. Abella Street in barangay Taboan, Cebu City.

Two armed men  walked in about noon and took P42,000 before fleeing on foot.

One  robber stayed near the door, while the other pointed a gun at LBC staffer Danessa Zafra and demanded that she turn over the money in the office vault and other counters of the LBC outlet.

Like last week’s P5,000 robbery of the LBC Express outlet in Tabok, Mandaue City, there was no security guard in the premises but a security camera recorded the heist.
The robbers wore ball caps. Their  faces were not clearly visible in the video tapes.

Zafra was alone in the outlet  while  her colleague was in a meeting.

CCTV camera footage showed Zafra attending to two customers when the two robbers wearing yellow shirts and ball caps barged in.
She described one suspect to be in his  20s, while his companion was   in his 50s.

The younger man took the money, saying, “Asa ang ubang cash ninyo?   (Where’s the rest of your cash?) while his cohort stood near the door as a lookout.

As they made their escape, one robber warned people to stay put, shouting,  “Wala’y mo gawas, ha. Wala’y mo sunod!” (Nobody should follow. Nobody should get out!).

The camera’s overhead position and the robbers ball caps made it difficult to get clear visual images of the holduppers’ faces, said Senior Inspector Chuck Barandog of San Nicolas Police Station.

Barandog told  reporters the company was sent a police security advisory to assign a security guard in the area.

“The LBC Express is prone to hold-up or robbery. That’s why we sent them the security advisory,” he said.

He said police will look into all angles, including the possibility of an inside job and  coordinate with Mandaue police investigating Friday’s holdup of the  LBC Express outlet in Tabok, Mandaue City.

Read Next
12% RATE HIKE AHEAD: MCWD water increase by July