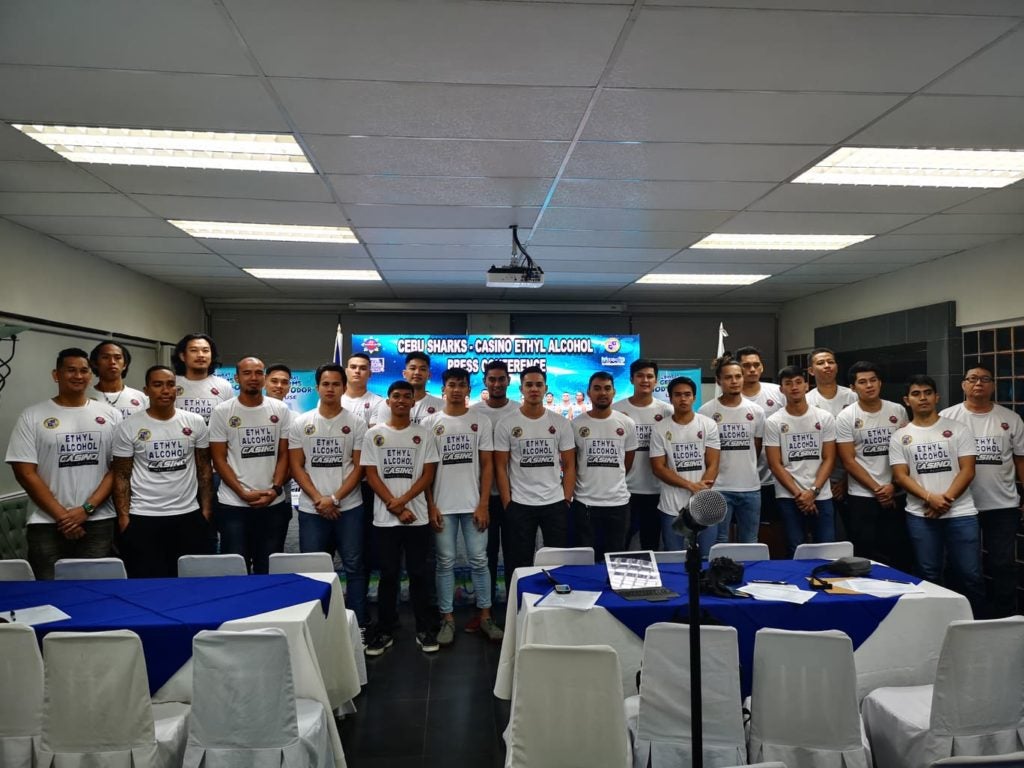 The Cebu Sharks-Casino Ethyl Alcohol team that will compete in the Maharlika Pilipinas Basketball League is presented during a press launch on Monday morning, May 27, 2019, at the International Pharmaceuticals, Inc. conference room in Cebu City. CDN Digital photo | Jonas Rey N. Panerio

Cebu City, Philippines—This season, the Cebu Sharks-Casino Ethyl Alcohol will not just be representing a city but the entire province of Cebu in the Maharlika Pilipinas Basketball League Lakandula Cup.

This was announced by the team’s spokesperson, Jerome Calatrava, during the Sharks’ press launch on May 27, 2019, at the International Pharmaceuticals, Inc. (IPI) conference room.

Last season, the team was known as the Cebu City Sharks.

However, that will change this season as Calatrava said he has spoken to representatives of the incoming administration of the Cebu Province to carry the province’s name.

One change that fans from Cebu’s municipalities and provinces can expect is that the Sharks just may be playing in a gym nearby.

“This season, our games will be played in Bogo City or any municipality that may want to host our games,” Calatrava said, adding that this season, they are looking to host three home games.

Last season, the Sharks had two home games — one at the University of San Jose-Recoletos (USJ-R)  gym and another at the Hoops Dome. Both resulted in wins for the Sharks. /bmjo