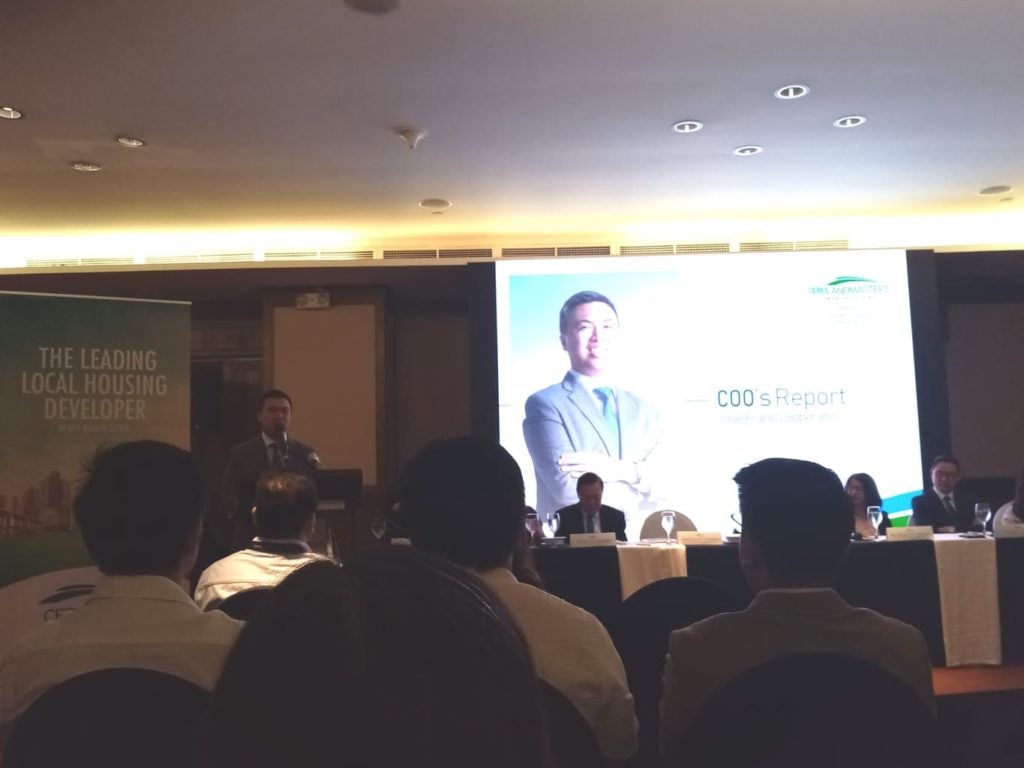 CEBU CITY, Philippines–The Cebu Landmasters Inc. (CLI) will be launching 29 new projects in the Visayas and Mindanao in 2019, as it posted over P2 billion in net profit.

With the new projects, their real estate sales could reach P25 billion this year, Soberano said.

According to Soberano, the company targets a 10 percent increase in recurring income streams by 2022. This will be accomplished through the development of the Davao Global Township, Paragon Davao, Patria De Cebu, LPU Town Davao Retail and the completion of several commercial projects between 2019-2022.

The major contributors to their 2018 revenues were the MesaVirre and MesaVerte of the mid-market Garden Series housing as well as from the Casa Mira South and Casa Mira Towers of the economic housing brand.

The projects under joint ventures, such as the Latitude Corporate Center, 38 Park Avenue and MessaTierra Garden Services, also contributed to their revenues.

Cebu Landmasters registered P4.07 billion in total revenues and expanded its assets by 83 percent to P25.43 billion by the end of 2018, Tan said.  The company also remained the number one local housing developer in Metro Cebu.

A market study conducted in 2017 found that Cebu Landmasters was the leading local housing developer in Metro Cebu while they see 2019 as a year of sustained growth and expansion, Soberano said./dcb