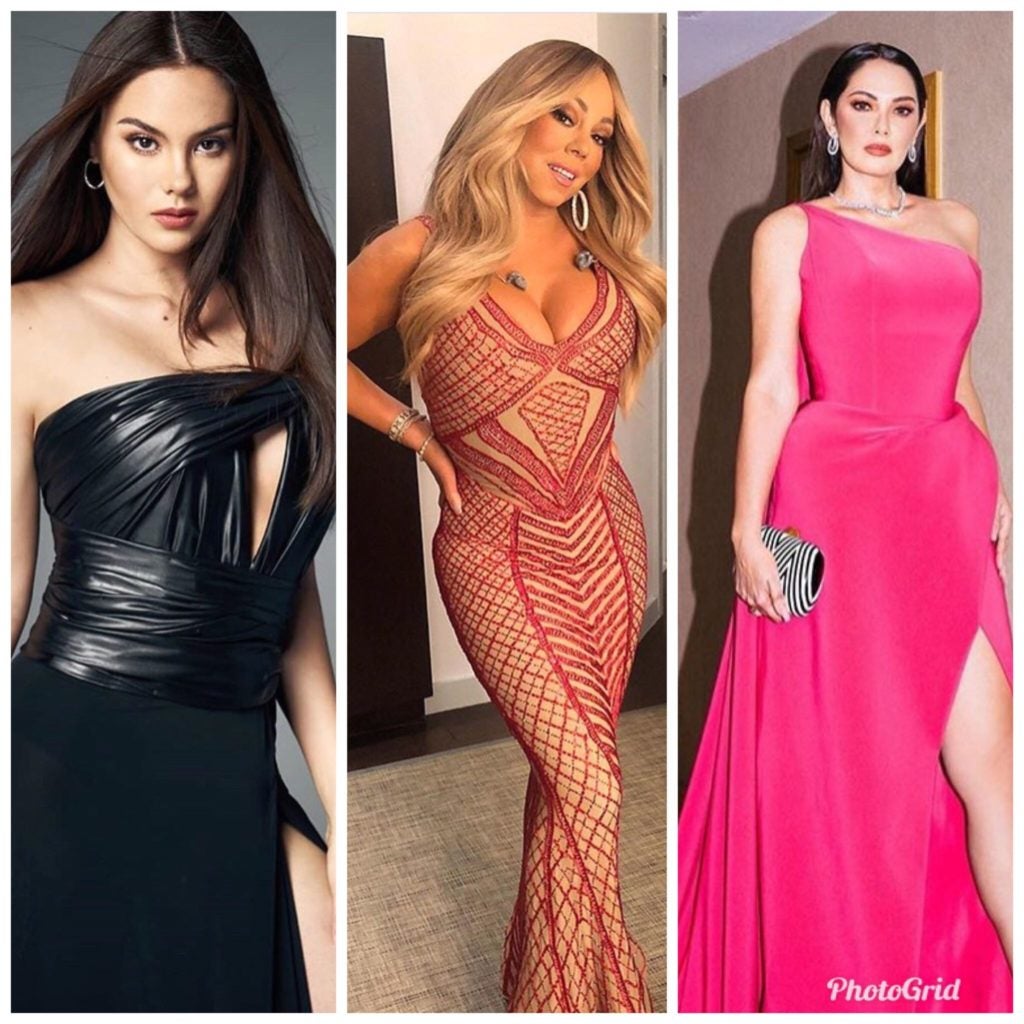 Cebu City, Philippines—In the Philippines, the month of May is a month-long celebration of Flores de Mayo in honor of the Virgin Mary as the Mother of God.

This is also the time where children offer flowers to the Virgin Mary and learn the teachings of the church through catechism classes.

The month-long celebration ends with Santacruzan, the finding of True Cross by Queen Helena, the mother of Constantine the Great.

The Santacruzan is also been a religious and historical pageant, where women wear gowns during processions using different titles.

For award-winning choreographer and Cebuano fashion designer Lemuel Rosos, the Filipiniana-inspired gowns remain to be a trend of Santacruzan.

“It (Filipiniana) remains a trend because Santacruzan is a religious activity and it is a conservative activity,” he told Cebu Daily News Digital.

Rosos also gave tips on how to choose a suitable gown for women joining the Santacruzan.

In finding the best gown, the style also matters depending on the owner’s height.

“What also matters is that she is comfortable wearing the gown,” she said.

CDN Digital asked Rosos in a game during an episode of the weekly #CDNFreshtalk the personalities he would want to dress up for the Santacruzan.

Rosos picked up two titles Reyna Elena and Reyna Emperatriz before he gave the names of personalities.

Reyna Elena is the title given to the woman who will bring carry the crucifix during the Santacruzan.

The Reyna Emperatriz or Queen Empres still represents Queen Helena but a title given to a woman older than Reyna Elena.

Here are his choices:

She only saw Cebuana businesswoman Mariquita Salimbangon-Yeung during gatherings.

Rosos finds her a woman who is regal and with class.

He wants Salimbangon-Yeung to wear a shell-inspired gown.

Rosos wants to use shells coming from his hometown Santa Fe, Bantayan Island.

She represented the country in Miss World 1993 in Sun City, Africa where she ended up second runner-up.

Guiterrez is the daughter of Eddie Garcia and Cebuana talent manager Anabelle Rama.

She is also the siblings of twin celebrities Raymond Guiterrez and Richard Guiterrez.

It cannot be denied that the Cebuano designer is a fan of American singer Madonna.

If you are a born in the 1980s, then you will probably hear the name of Madonna or known as the Queen of Pop.

The award-winning Cebuano fashion designer wants to dress her up with a modern Filipiniana inspired from fish scale.

Rosos, who hails from Santa Fe, Bantayan Island said he wants to showcase everything what his hometown offers.

Cebuna actress Kim Chiu was eyed by Rosos to wear a gown inspired from the blue waters of Santa Fe, Bantayan Island.

The island is known for its white sand beach and blue waters located in the northern tip of Cebu province.

Chiu made her name in show business after she won the “Pinoy Big Brother” Teen Edition in 2006.

She headlined Kapamilya series. To name a few were My Girl”, “Kung Tayo’y Magkakalayo”, “My Binondo Girl”, “Ina, Kapatid, Anak”, “Ikaw Lamang”, “The Story Of Us”, and “Ikaw Lang ang Iibigin.”

The Cebuano fashion designer met Miss Universe 2018 Catriona Gray at the backstage during the Binibining Pilipinas 2018 coronation night when he designed the gown for Cebu bet Mariel Orais.

He was also amazed how Gray represented the Philippines during Miss Universe 2018 held in Thailand calling her nationalistic.

For Gray, Rosos wants to have a hand-painted gown which will describe what is in Cebu.

Rosos sees the international star wearing a creation which highlights the flowers in Cebu.

Carey’s last concert in the Philippines was in 2018. She popularized songs like “We Belong Together”, “Hero”, and “One Sweet Day.”