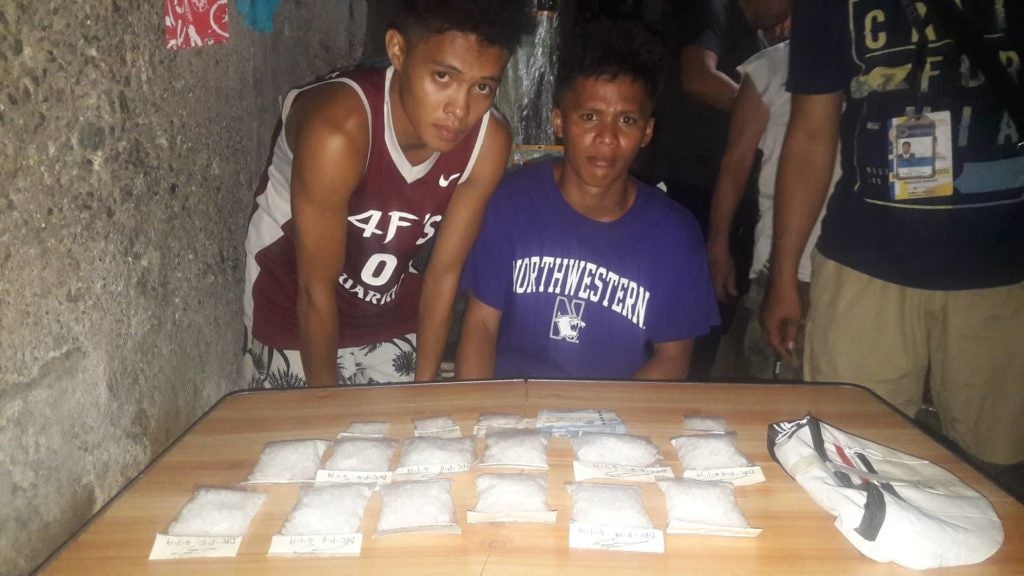 CEBU CITY, Philippines – Three men from Barangays Pasil and Tisa, who opted to make illegal drugs peddling as a source of livelihood, and a suspected drug user were arrested for the possession of more than P5 million worth of illegal drugs  in two separate anti-drugs operations in Cebu City, Saturday night, June 1, 2019.

The bulk of the shabu weighing around 620 grams and worth P4.2 million was confiscated from the possession of Jither Bacante, 19, and Dave “Peaeson” Cabije, 20, who are both from Sitio Mahayahay 2 in Barangay Pasil.

Police Lieutenant Colonel Carlito Apilat of the City Intelligence Branch (CIB) said that he sent a poseur buyer to transact with Bacante and Cabije at around 11 p.m. on Saturday.

Both were unable to resist arrest after they were cornered by police in a small alley in Sitio Mahayahay 2 while transacting with the police poseur buyer.

Apilat said they placed the suspects, who are new in the illegal drugs trade business, under surveillance for at least two weeks.  He said that both men are jobless and earns from their illegal drugs sales.

The CIB chief said that they will continue to investigate Bacante and Cabije to identify their supplier and other members of their illegal drugs network.

Police Major Keith Allen Andaya, chief of the Labangon Police Station, said that Lumactod was the target of their Saturday night operation.  They also arrested Echavarria, who was buying illegal drugs from the suspect, during his arrest at past 7 p.m.

Andaya considers Lumactod, a high value target, who disposes half a kilo or P3.4 million worth of shabu per week. He said that they have placed him under surveillance for at least two months prior to his arrest.

He said that they are now exploring the possibility that Lumactod would source his shabu from another high value target, whom they are yet to identify.