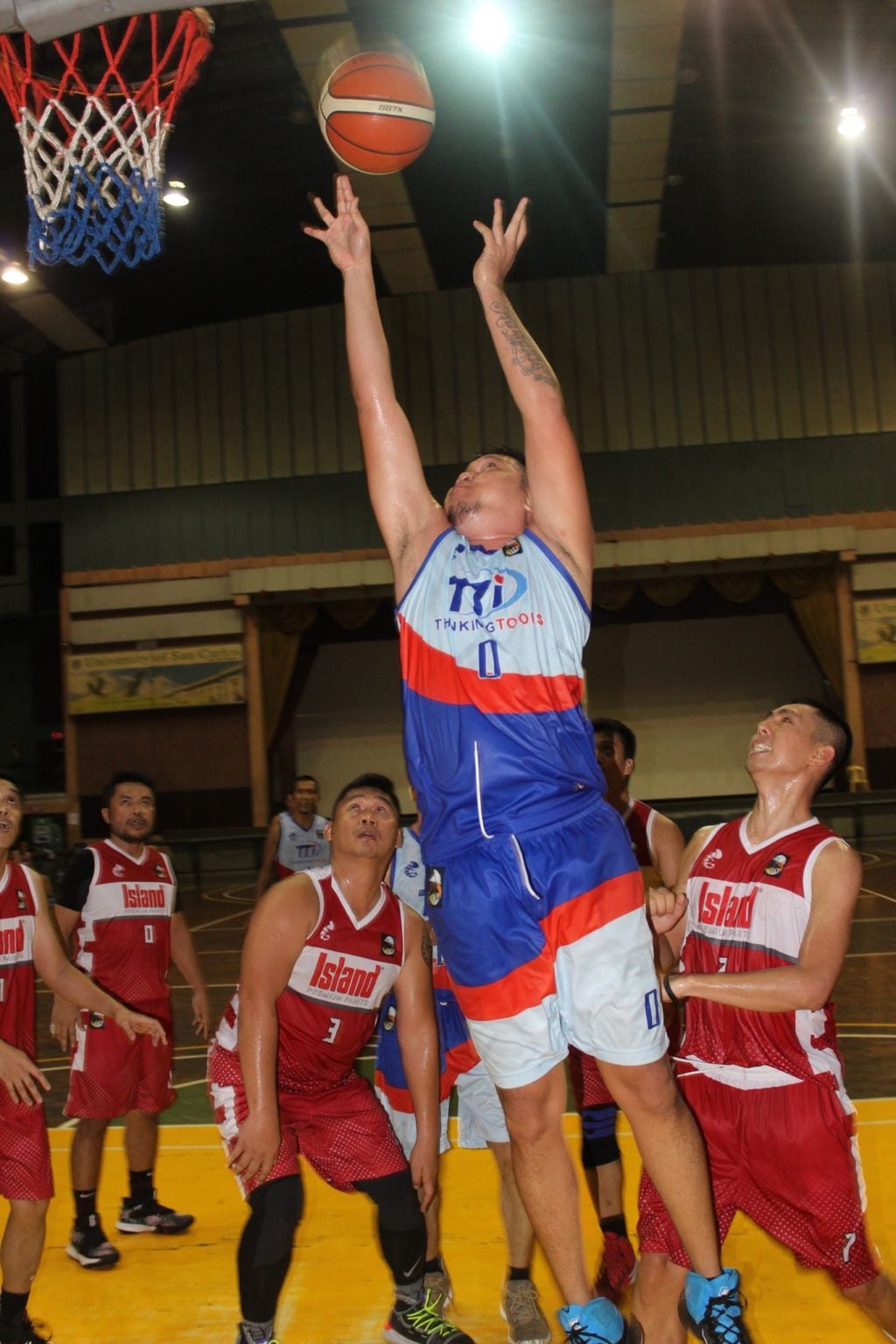 Patrick Paran of Thinking Tools rises up for a shot. | contributed photo

Cebu City, Philippines—Thinking Tools, Inc. ended the elimination round in rousing fashion as they handed Island Paints its first loss of the competition, 76-72, in overtime in the Architects + Engineers Basketball Club 2019 Corporate Cup on Saturday, June 1, 2019, at the University of San Carlos gym.

The win allowed Thinking Tools to creep up to the third seed heading to the quarterfinal round, which begins this Saturday, June 8, 2019, at the same venue.

Niel Tiempo led the way for the veteran-laden squad as he scored 22 points to go with eight rebounds and four assists.

But it was Dennis Sanchez that hit the crucial shots including the scoop layup that tied the game at 64-all with 16 seconds to go in regulation.

Island Paints went up, 70-66, two minutes into overtime but Thinking Tools went on a 10-0 run, six coming from Sanchez to snatch the win.

Sanchez ended up with 14 points and five rebounds while Patrick Paran added 13 markers and nine boards.

In other games, Filmon-Dormakaba beat Buildrite, 63-57, behind Elmer Laguna’s 21 points and 11 rebounds while Phoenix Building System grabbed their fifth win in seven games with an 83-74 win over AVC Development and Construction Corp. /bmjo

Caption: Patrick Paran of Thinking Tools rises up for a shot. | contributed photo