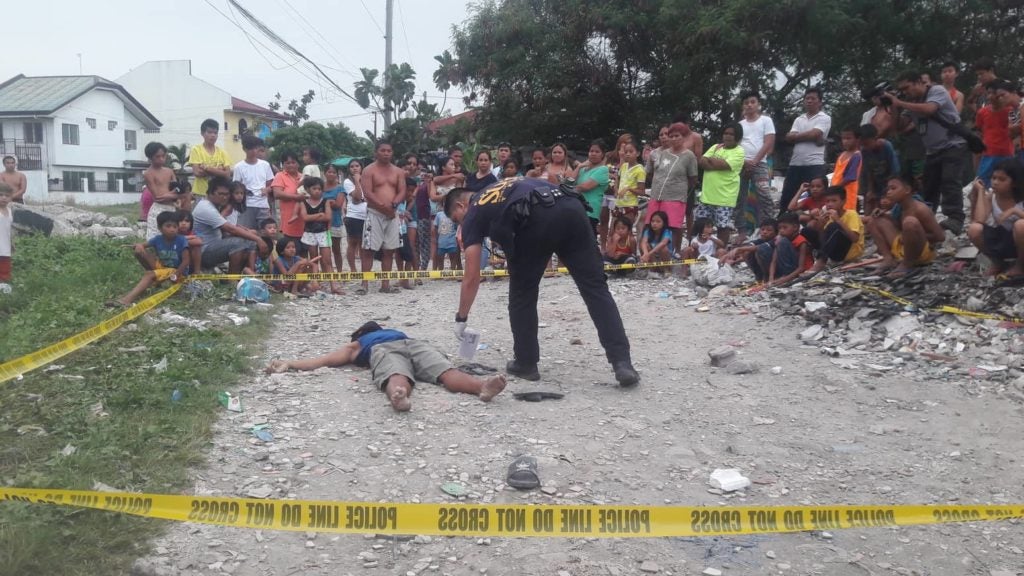 A police officer checks on the body of Julius Gomez, who was shot dead by an unidentified assailant in Barangay Inayawan, Cebu City. |Benjie Talisic

CEBU CITY, Philippines — An unidentified gunman shot dead a construction worker as he was walking along Sitio Malipayon, Barangay Inayawan, Cebu City in the afternoon of June 6.

Julius Gomez, 52, sustained a gunshot wound in the side of the chest causing his death, said Police Lieutenant Eleazar Milloneda, Pardo Police Precinct deputy chief, in an interview with CDN Digital on Thursday, June 6.

Milloneda said that Gomez was walking along a vacant lot heading home when a man wearing a motorcycle helmet approached him and shot him.

The assailant then hopped on a waiting motorcycle and fled the area.

A witness told police that the the assailant and a cohort were waiting for the victim on their motorcycle. Both were wearing helmets.

This is the second shooting incident in two weeks in Cebu City. The first was last Thursday, May 30, in Barangay Binaliw, Cebu City where an unidentified man was killed in the barangay.

The elder sister of the victim told CDN Digital that his brother had allegedly served time in jail, but that was a long time ago.

She also said that her younger brother had allegedly used drugs before.

She also did not know if her brother had enemies because she had not seen or heard him argue with anybody.

Police were still investigating the death of Gomez and trying to identify the suspects./dbs