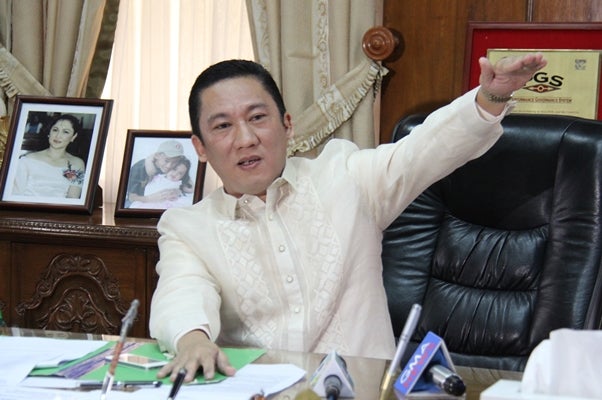 MANDAUE CITY, Cebu — Mandaue City Mayor-elect Jonas Cortes has spent a total of P794,600 during the 45-day campaign period of the May 2019 elections.

In his Statement of Contributions and Expenditures (SOCE), Cortes declared to have spent P674,300 for campaign materials, sorties, compensation of campaigners and mainstream media advertisements.

The remaining P120,300 was spent for the employment of his counsel and the logistics cost for classifying voters.

However, Enerio Ocariza III, in charge of the records of the SOCEs submitted at the Commission on Elections (Comelec) office in Mandaue City, clarified that Cortes’ amount of campaign expenditures is still within the allowable bracket set by the election rules on campaign finance.

Under Section 102 of the Omnibus Election Code, the expenses incurred for the employment of counsels, classification of voters and printing of sample ballots shall not be taken into account in determining the total expenditure of a candidate.

Read more: A week before deadline, only one candidate submits SOCE in Mandaue City

Based on his Summary of Lawful Expenditures, Fortuna accounted P166,085 for the production of his campaign materials, P17,710.22 for incidental expenses, and P34,997.96 for mainstream media advertisement.

As of Tuesday morning, outgoing Mayor Gabriel Luis Quisumbing has yet to file his SOCE before the Comelec.

The deadline for the filing of the SOCEs is on Thursday, June 13. / celr

Read more: Win or lose, candidates should submit Soce on or before June 12