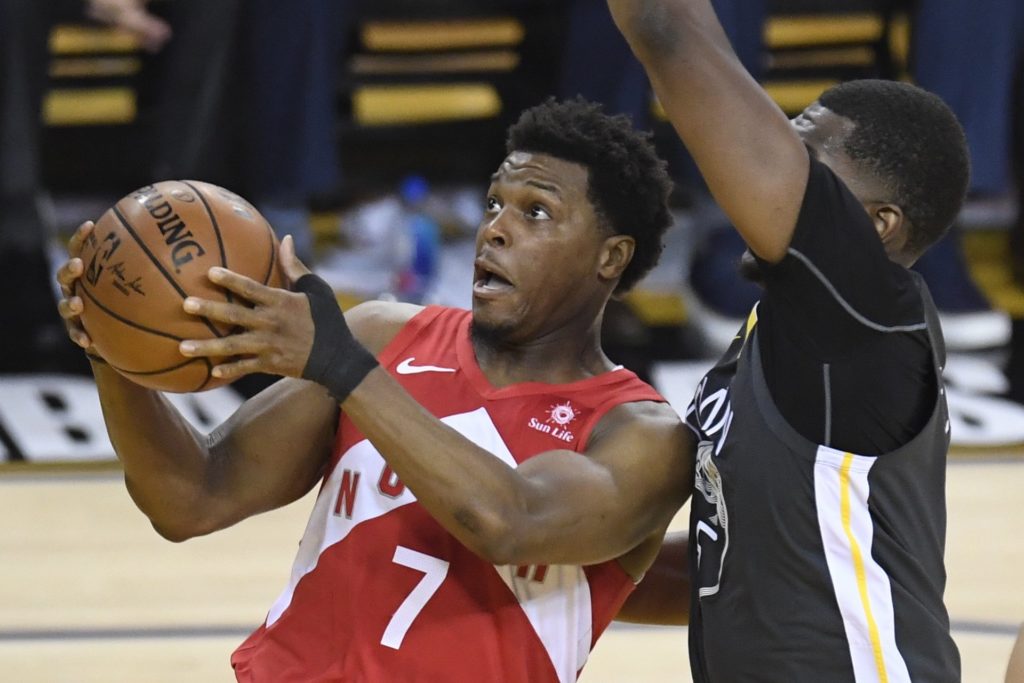 Toronto Raptors guard Kyle Lowry (7) gets off a shot in front of Golden State Warriors centre Kevon Looney (5) during the first half of Game 6 of basketball’s NBA Finals. | AP photo

Oakland, California–Kawhi Leonard and the Toronto Raptors captured Canada’s first NBA championship with their most remarkable road win yet in the franchise’s NBA Finals debut, outlasting the battered and depleted two-time defending champion Golden State Warriors 114-110 on Thursday night (Friday morning, Philippine time) in a Game 6 for the ages that spoiled a sensational send-off at Oracle Arena.

Stephen Curry missed a contested 3-pointer in the waning moments before Golden State called a timeout it didn’t have, giving Leonard a technical free throw with 0.9 seconds left to seal it.

Leonard then got behind Andre Iguodala for a layup as the buzzer sounded, but it went to review and the basket was called off before Leonard’s two free throws.

That only delayed the celebration for a moment.

Curry walked away slowly, hands on his head on a night Splash Brother Klay Thompson suffered a left knee injury and departed with 30 points. Curry wound up with 21.