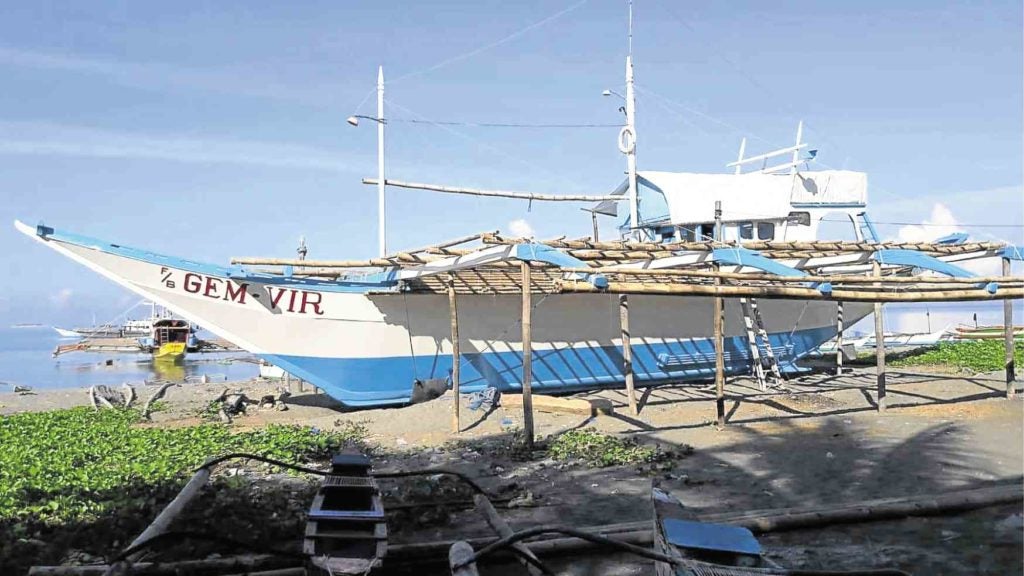 THEY LOST EVERYTHING The fishing boat Gem-Vir 1, shown at home in San Jose, Occidental Mindoro, in this file photo, was anchored at Recto Bank in the South China Sea when it was hit by a Chinese vessel on Sunday night. It sank but the crew survived, although, according to the boat owner, they lost their catch and everything else on the boat. —CONTRIBUTED PHOTO

MANILA, Philippines — Presidential spokesperson Salvador Panelo on Friday defended the silence of President Rodrigo Duterte over the sinking of a Filipino fishing boat by a Chinese vessel, claiming that the Chief Executive was a “very cautious man” who “makes calibrated responses.”

In an interview with ABS-CBN News Channel’s Early Edition, Panelo was asked why Duterte showed an aggressive stance against Canada over the trash shipment issue but has yet to make a public condemnation of the incident in the Recto Bank (Reed Bank) in the West Philippine Sea where a Chinese vessel abandoned a sinking Philippine fishing boat after an alleged collision on Sunday, June 9.

READ: No public condemnation from Duterte after sinking of Filipino boat in West PH Sea

“There’s a difference there. You must remember that the Canada [trash] has been there for five years… And this one, we don’t even know exactly what happened there. It’s still under investigation… We don’t even know whether that’s Chinese vessel or not,” Panelo told ANC.

“The President is a very cautious man. If you notice, he makes calibrated responses,” he added.

Pressed if the President was less reckless in issuing statements as the incident involves China which he is considering as a strong ally, Panelo said: “Depending on the incident.”

“When the President speaks they are intentional to get some desired effects,” he added.

Panelo added that Chinese Ambassador to the Philippines Zhao Jianhua told him that the Chinese government is “seriously” and “thoroughly” probing the incident which had prompted Foreign Affairs Sec. Teodoro Locsin to fire off a diplomatic protest.

On Wednesday evening, Defense Secretary Delfin Lorenzana reported the ramming of a Filipino boat by a Chinese vessel. But on Thursday, Lorenzana said the government has yet to determine if the vessel that sank the Filipino fishing boat was indeed from China. (Editor: Mike U. Frialde)

Read Next
NBI to Kapa members: Be thankful we have a very smart President