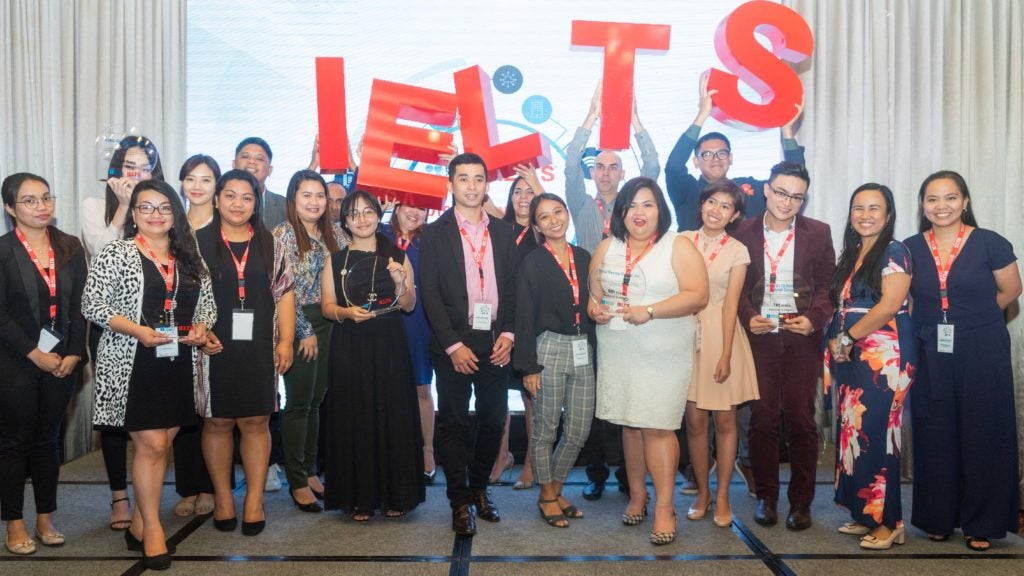 The British Council in the Philippines recognized top IELTS delivery partners in the country during the 2019 IELTS National Conference held at the F1 Hotel Manila, Taguig on May 22, 2019. /Contributed Photo

CEBU CITY, Philippines – The British Council in the Philippines recently recognized top IELTS delivery partners across the Philippines for their support and top-notch performance during the 2019 IELTS National Conference held on May 22, 2019 at F1 Hotel Manila, Taguig.

The 9.0 Niner IELTS Review and Tutorial Center ranked first among the review centers and some 75 partner organizations including recruitment agencies, immigration consultancies and education agencies across the country.

“We are happy to have over 100 partners and friends who have come from all over the Philippines. All our achievements and successes would not have been possible without you,” said Pilar Aramayo-Prudencio, Country Director, British Council in the Philippines.

The ceremony was also a celebration of the IELTS 30th Anniversary.

In 2018, over 3.5 million IELTS tests were taken in over 140 countries. In the Philippines, there are 18 British Council IELTS test locations across different regions.

Last year, the British Council in the Philippines also launched the computer-delivered IELTS in three cities, Manila, Cebu and Baguio, in a move to position itself in an increasingly digital world.