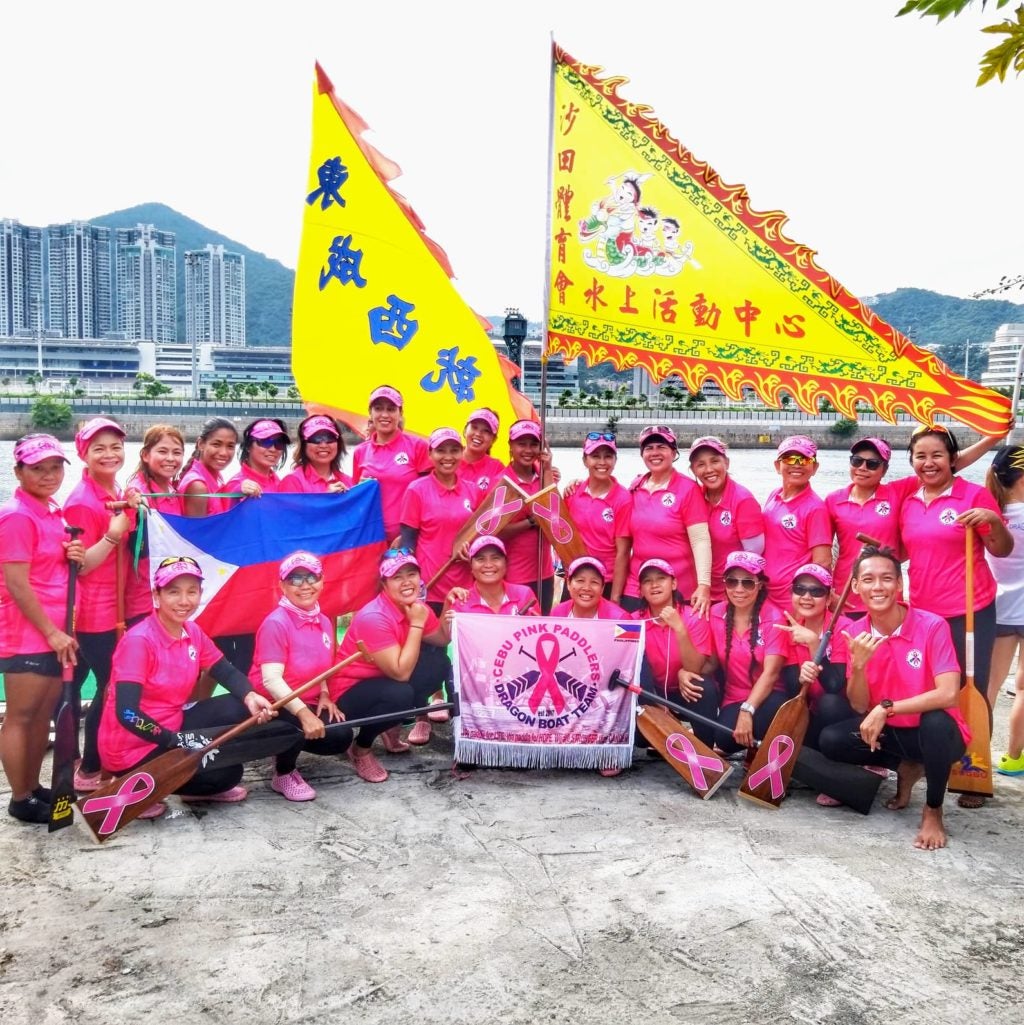 According to Cebu Pink Paddlers coach Christian Ian Sy, the team, which is comprised of women who are cancer survivors or still having treatment, competed against normal teams.

(Our brave survivors were able to fight valiantly.)

The race was organized in haste by the Stanley Dragon Boat Association, said Sy.

This is, perhaps, to compensate for the cancellation of the 2019 (CCB) Asia Hong Kong International Dragon Boat Races, which the team was supposed to originally join.

The race was cancelled by the organizers following the violent mass protest against a controversial extradition bill that would allow the extradition of people to mainland China.

The protests happened in Admiralty and Central, which is near the race venue. |dbs