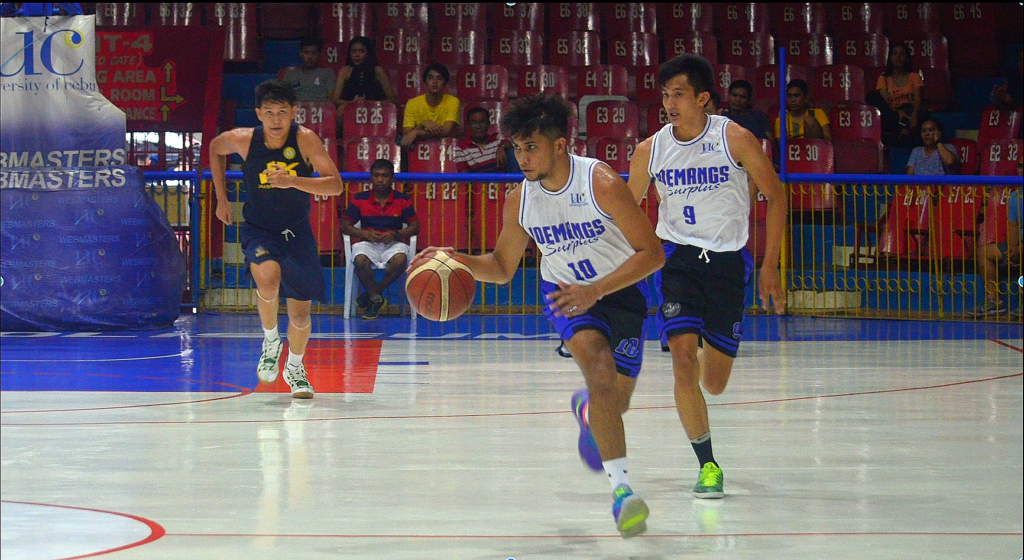 The University of Cebu (UC) Webmasters hold on to the lead, preventing a comeback from the University of Southern Philippines Foundation (USPF) Panthers, 84 – 79, in the Cesafi Partner’s Cup at the Cebu Coliseum on Sunday, June 16. | Gerard Vincent Francisco

CEBU CITY, Philippines —The JoeMang’s Surplus-University of Cebu Webmasters claimed its third win in a row after they got past the University of Southern Philippines Foundation (USPF) Panthers, 84-79, in the 2019 Cesafi Partner’s Cup on Sunday, June 16, 2019, at the Cebu Coliseum.

UC led by as much as 17, 56-39, in the third canto as they came away from halftime with guns blazing, thanks to a fast-paced attack led by Darrell Shane Menina, John Jabello and former University of the Visayas ace, Tristan Albina.

However, USPF did not back down and pulled to within three, 72-75, after a fastbreak layup by Graggy Sarahina. A putback by Luigi Gabisan and a steal and a lay-in by Albina gave UC some room, 79-72, but USPF kept on pushing and once again trimmed the deficit to three, after a deuce by Aljie Mendez and a fadeaway jumper by Lyndon Colina.

The Panthers had a shot at coming closer but botched their fastbreak opportunity that led to the Webmasters scoring on the other end, off an easy two by Gabisan, for an 81-76 lead with 35 seconds left.

A free-throw by Menina and a two-pointer by Albina iced the win for UC.