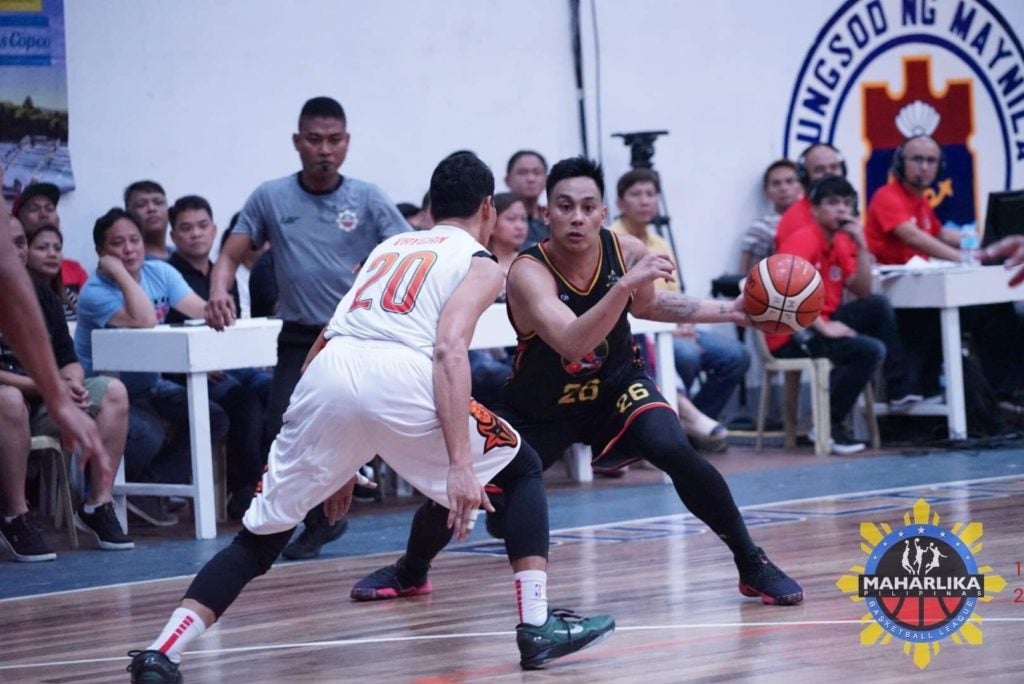 Cebuano Macmac Tallo had a rousing debut, scoring 31 points to lead Bacolod to a win over Mindoro in the MPBL. | MPBL photo

Cebu City, Philippines—Two-time Cesafi MVP Macmac Tallo had a spectacular debut in the Maharlika Pilipinas Basketball League as he scored a whopping 31 points to lead the Bacolod Master’s Sardines to an 87-83 win over the Mindoro Tamaraws in the Lakan Cup on Monday, June 24, 2019, at the San Andres Sports Complex.

The ex Cesafi star Tallo showed off the skillset that made him a first round draft pick of the PBA, scoring the most points in a single ballgame this season in the MPBL.

More than the amount of points he scored was the timing when he scored them as he notched one clutch bucket after another to save Bacolod from the jaws of defeat.

Down 79-83 after the fifth three-pointer of Joseph Brutas with 2:29 remaining, Tallo assisted on a baseline jumper by Louie Medalla to cut the deficit to two. Tallo, who had suffered from leg cramps earlier in the fourth canto, then drove down the lane hard and scored consecutive layups to put Bacolod ahead, 85-83, with a minute left in the game.

Then, after Brutas mishandled a pass, Tallo juked right to lose his defender before rising up and hitting a tough jumper to give Bacolod an 87-83 lead, time down to 38 seconds.

Mindoro had several cracks at three-pointers that would have pulled them close but missed them all to give Bacolod a victorious debut in this league.

Jopher Custodio had 12 while Medalla finished with 11 for Bacolod.