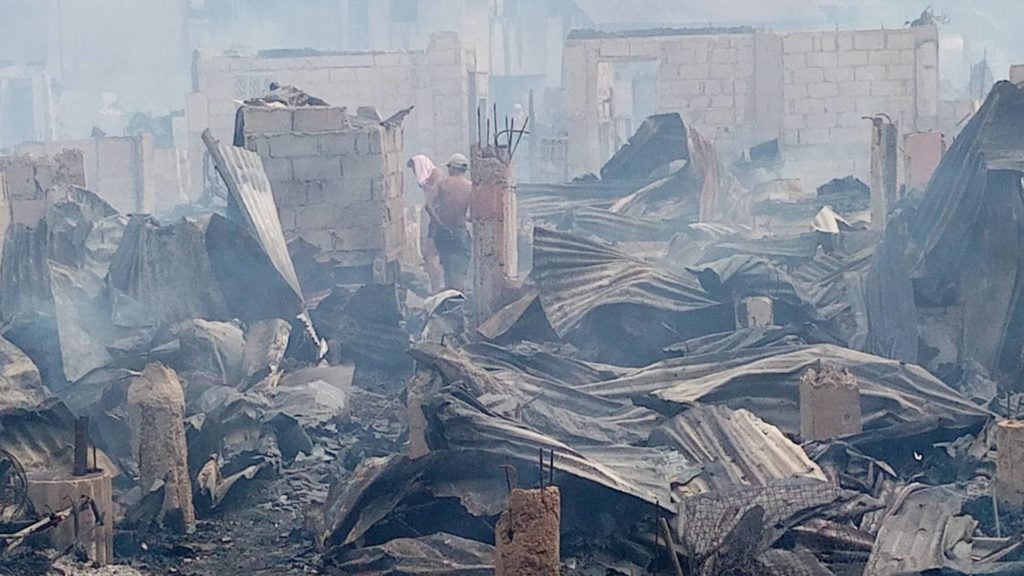 This is the scene after a fire razed several houses in two sitios in Barangay Tipolo, Mandaue City at dawn on June 27. | Benjie Talisic

MANDAUE CITY, Philippines — Hundreds of houses in Sitios Maharlika and Espina in Barangay Tipolo in Mandaue City were razed in an early morning fire on Thursday, June 27.

The fire alarm was received at 1:18 a.m. It was raised to second alarm at 1:40 a.m. and four minutes later, to Task Force Alpha. An hour later, the fire department further raised the alarm to Task Force Bravo.

Firefighters from the towns of Cordova and Consolacion and Lapu-Lapu City also responded to the fire site.

Most of the houses were also made of light materials.

A portion of Tipolo National High School, which is adjacent to the homes in Sitio Maharlika, was also reached by the fire.

The fire was declared under control at 5:25 a.m.

As of this writing, investigators from the Mandaue City Fire Department are still looking into the cause of the fire.

Personnel from the City Social Welfare and Services (CSWS) Office have also arrived at the area to verify and validate the number of affected families./dbs