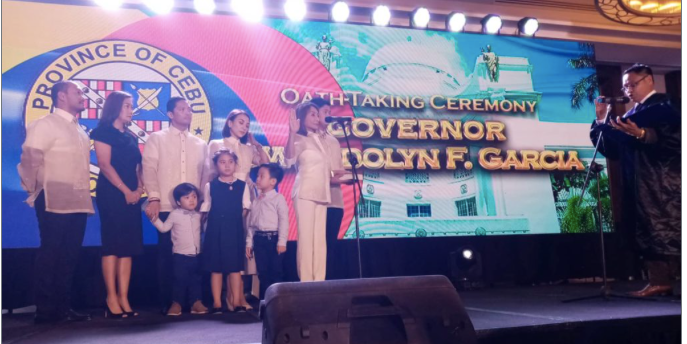 CEBU CITY, Philippines — Governor-elect Gwendolyn Garcia and a number of allies in the Cebu provincial government have taken their oaths of office on Friday, June 28.

Garcia’s 93-year-old father, former Governor Pablo “Pabling” Garcia, was among the attendees of the oath-taking. Also present were members of the Garcia clan that emerged victorious during the May 13 elections. 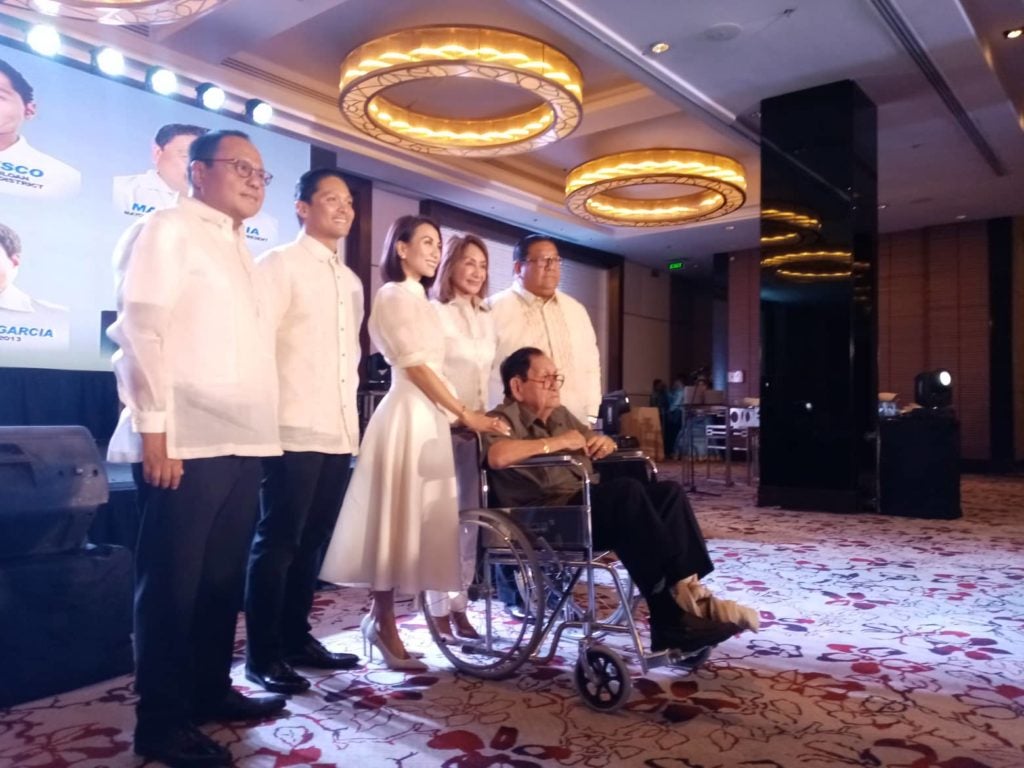 “A jackpot,” the older Garcia described his family members’ victory.

Aside from Garcia reclaiming the gubernatorial seat, her brother Marlon Garcia was also reelected as Mayor of Barili. Pablo John “PJ” Garcia, the youngest among Pabling’s children, also won as representative of the third district.

The attending members of the Garcia family also paid tribute to their patriarch to whom they attributed their success in politics.

After taking her own oath, Garcia also administered the oath-taking of  her allies in the provincial government. Marlon, PJ and Duke took their oaths before Garcia.

Garcia also administered the oathtaking of allied Board Members-elect Yolanda Daan of the first district, Edsel Galeos of the second district, Jimbo Borgonia of the third district, Kerrie Shimura of the fourth district, Red Duterte of the fifth district, Thadeo Jovito Ouano of the sixth district and Christopher Baricuatro of the seventh district.