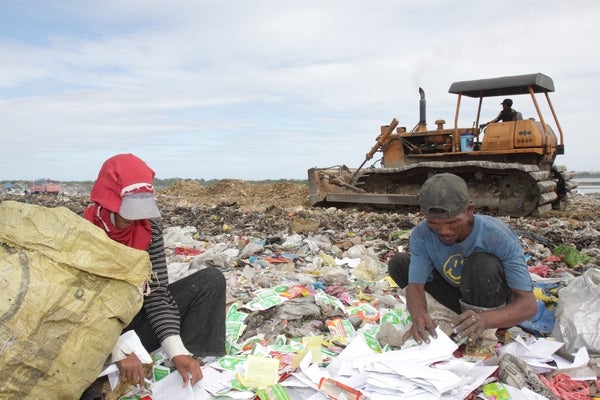 The Mandaue City government ordered the permanent closure of the Umapad dumpsite in October 2017 and declared the area a danger zone because of its methane gas deposits.
/CDN File Photo

MANDAUE CITY, Philippines -Left with no other place to dispose the city’s garbage, outgoing Mandaue City Vice Mayor Carlo Fortuna is hopeful that Cebu City and Consolacion town will continue to accommodate the city’s trash.

Fortuna said he is pinning his hope especially on the cooperation of Cebu City Mayor-elect Edgardo Labella, who will assume office starting on July 1, Monday.

“Mandaue City no longer has a waste disposal facility within its jurisdiction,” Fortuna told incoming city officials led by Mayor-elect Jonas Cortes during the ceremonial turnover of the city’s governance on Friday morning, June 28.

Fortuna said that the city government already ceased from using the Umapad dumpsite in compliance with the directive of the Department of Environment and Natural Resources (DENR) against the operation of open dumpsites.

The Mandaue City government, Fortuna said, has since shifted to the disposal of its wastes in sanitary landfills located in Consolacion town and in the mountain barangay of Binaliw in Cebu City.

But the facility in Consolacion was also ordered closed by Environment Management Bureau in Central Visayas (EMB-7) following a garbage slide in May, which prompted the Mandaue City government to bring its wastes to the Binaliw facility.

“I hope that Mayor (Edgard) Labella will continue to allow the city to dump its waste in Binaliw,” Fortuna said.