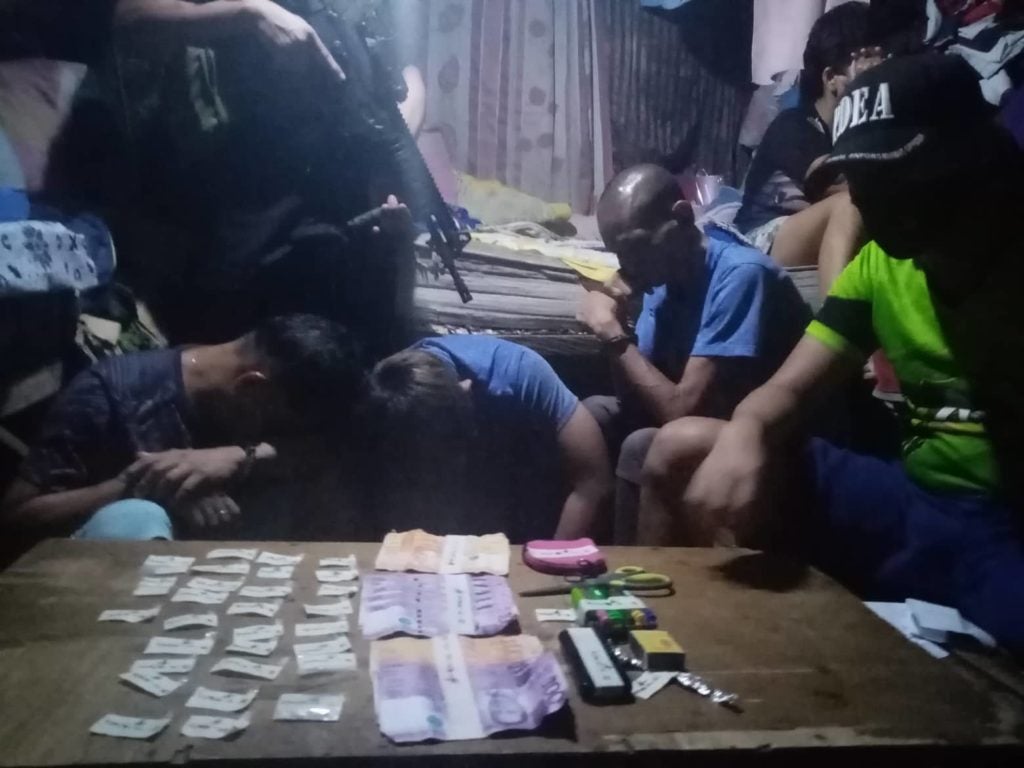 An agent of the Philippine Drug Enforcement Agency in Central Visayas (with hat) checks on the items confiscated from the suspects in the raid on a suspected drug den in Barangay San Nicolas in Cebu City on June 30. | Benjie Talisic

Albiar said that the PDEA-7 operation was conducted against Emiliano after a drug suspect they arrested in an earlier operation pointed to the former as the supplier of his drugs.

Aside from Emiliano, PDEA-7 agents also arrested five others — four of whom were allegedly Emiliano’s clients while the last one was Emiliano’s common law wife.

Albiar said that they also confiscated in the shanty turned drug den illegal drugs with an estimated Dangerous Drugs Board value of P88,400.

The arrested suspects were detained at the PDEA-7 detention cell pending the filing of charges.

Earlier at past 1 a.m. on Sunday, June 30,  a joint police operation near the South Road Properties (SRP) led to a shootout and the escape of a high value target.

However, the target’s cohort, Trisha Mae Alcover, 20, of Toledo City was arrested during the operation conducted by the Mambaling Police and the Toledo Police Station, said Lieutenant Colonel Janette Rafter, Toledo Police Station chief, during an interview with CDN Digital.

Rafter said that it was a buy-bust operation in a grassy area near the SRP.

Their target, a certain Miller, did not hand over the box containing illegal drugs but it was his companion, Alcover, who did that.

When Miller sensed that he was dealing with police officers, he suddenly pulled out a gun and shot it out with them.

Rafter said that the undercover police officers managed to take cover when the shooting started and fire back.

Unfortunately, Miller managed to dive into a portion with tall grass and he escaped.

Rafter, however, said that they believed that Miller was wounded in the shootout.

She also said that Alcover was a former convict, who served time at the Cebu Provincial Detention Rehabilitation Center for drugs.

Alcover was detained at the Mambaling Police Precinct pending the filing of charges./dbs