Sunflowers and Sablay in UP: Symbols of the ultimate rites of passage 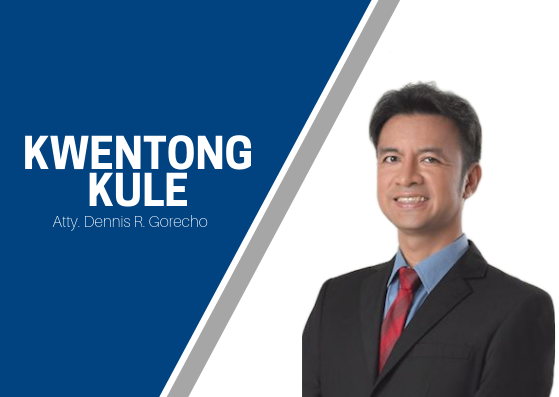 Graduates of  the University of the Philippines in Diliman have flooded their social media accounts with photos of  two icons  – sunflowers and sablay.

It is said that the blossoming of sunflowers were already a tradition since the 1970s. However, I do not have any recollection of sunflowers during my two graduation ceremonies, B.S. Economics in 1991 and Bachelor of Laws in 1998 .

I also did not wear a sablay as the university amphitheater was just a sea of traditional black togas.

The emergence sunflowers and sablays gave UP graduation a new and colorful twist in tradition.

The bright yellow sunflowers lead the way for graduates towards the iconic Oblation statue and behind it the Amphitheater where the commencement exercise is held.

The sunflower (Helianthus annuus L.) is an annual, erect, broadleaf plant with a strong taproot and prolific lateral spread of surface roots.

Sunflowers bloom around the same time the students graduates — formerly, around April. When UP shifted their academic calendar,  the people in charge of the sunflowers  found a way for these flowers to bloom even during the rainy season around June.

Sunflowers have become the symbol of the ultimate rites of passage in the university ,  as graduates hurdled every academic requirement through sleepless and restless days and nights.

As a parting gift for graduating students, sunflowers symbolize devotion and loyalty. In the various stages of growth and decay, these flowers become succinct reminders of the various cycles of life and death. As one blossom inside the campus, there will come a time that one will have to leave.

Sunflowers, in order to grow, need full sun, just as every student treat every experience inside the university as necessary for their individual growth.

Sunflowers also always follow the direction of the sunlight. Graduates should always follow the light, a light that calls them to serve the country.
‘Sablay,’ translated from tagumpay, or “triumph,” is just a fitting sash for the students that have completed their studies, which became the official academic costume of UP officially adopted in 2000.

The sablay gets its inpiration from the Muslim malong, a loose garment made from a seamless bolt of cloth. It incorporates various traditional elements found in other Philippine cultures. Running through the sablay are geometric motifs of indigenous Philippine tribes. The university colors of maroon and green frame the initials of the University rendered in yellow gold alibata characters, the ancient Philippine alphabet.

The sablay is worn initially over the right shoulder. After the President has conferred the degree, it is moved from the right to the left shoulder without being taken off.

The tradition for lighting rallies are also expected —  a long red banner was unfurled with the message “Atin Ang Pinas” during last Sunday’s university graduation.

Towards the end of the program, some graduates also raised placards with messages on various issues, including China, press freedom, political prisoners and LGBT right.

Speaking at the UP College of Social Sciences and Philosophy, Supreme Court Senior Associate Justice Antonio Carpio earlier said Filipinos have the constitutional and civic duty to protect the nation’s territorial integrity in the West Philippine Sea.

He added that the Constitution mandates that the use and enjoyment of the country’s marine wealth in its exclusive economic zone shall be reserved exclusively for the Filipino people.

Carpio pointed out that “only a fool will go to war with China. It is clear that the specter of war is being raised only to intimidate the Filipino people into submitting to China’s encroachment of our EEZ.”

Former Ombudsman Conchita Carpio Morales, on the other hand, urged the graduates of UP School of Economics to help defend Philippine sovereignty as they continue their quest for excellence in their field and contribute to the betterment of the Filipino people.

To the new UP graduates, savor the brightness of the sunflowers and be true to the lyrics “Humayo’t itanghal, giting at tapang. Mabuhay ang pag-asa ng bayan!”.