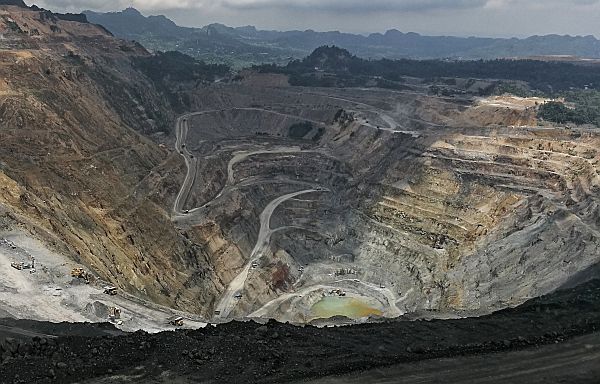 CEBU CITY, Philippines — A barangay in Toledo City has filed a complaint to the Mines and Geo-sciences Bureau in Central Visayas (MGB-7) against ongoing blasting activities by a nearby mining company for damaging the barangay’s structures and water supply.

The officials of Barangay Biga stated in their complaint letter to MGB-7 Director Efren Carido that two recent blasting activities of Carmen Copper Corp. allegedly caused cracks on the walls and floors of houses within 350 meters away from the mining site.

They complained that the issuance of blasting notices was not allegedly consistent causing the residents to be surprised of sudden blasting activities.

Furthermore, the residents also observed that the groundwater spring that served as their water source dried up allegedly following the recent blasting activities.

Barangay Captain Pedro Sepada Jr. said that the MGB-7 needed to address the issue as the blasting activities had gravely affected the lives of the residents in the area.

(We will work at ensuring that mine wastes are not dumped anywhere, that our human rights are respected and that the barangay’s income will improve from mine waste fees.)

Aside from the blasting activities, the local labor’s organization complained that the company allegedly did not stay true to their promise of providing livelihood and relocation assistance to the residents who were displaced upon the development of the mining site, which covers 1,676 hectares affecting the barangays of Don Andres Soriano, Media Once, Biga, Bagakay and Loay.

The affected residents is still waiting for the promised assistance from the mining company.

The MGB-7 has yet to make a statement on the complaint of the residents.

The Barangay Biga officials are hoping that the agency will look into their concerns as soon as possible. /dbs