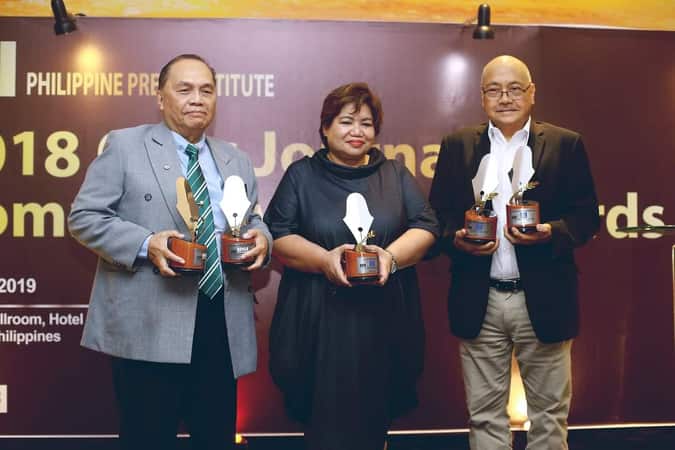 Cebu Daily News, on its 21st and last year as a print publication, was recognized with three wins— Best Edited Community Newspaper, Best in Editorial Page and Best in Photojournalism—by the Philippine Presss Institute during the 2018 Civic Journalism Community Press Awards held at Hotel Jen in Manila City on Friday, July 5.

As the Best Edited Community in the daily category, “Cebu Daily News has shown consistency in covering local issues that have direct impact on the community, inspiring citizens to look squarely at problems and gut concerns that beset them.”

The PPI described Cebu Daily News as a “catalyst for community action” and “has empowered residents, including journalists themselves as part of the community, through quality writing and reporting.”

Cebu Daily News was also adjudged as having the Best in Editorial page because “its editorials present the newspapers’ stance on issues of importance and relevance not only to its editorial governance but for the audience it addresses. Its insightful writing style provides for an opportunity for its audience to reflect on the issues presented. The editorial also manifests a level of analysis that encourages critical thinking for the reader.”

As the Best in Photojournalism winner, the PPI said Cebu Daily News had “been showing some of the best photos in the region.”

It added: “The banner photos of Cebu Daily News bear the hallmarks of good photojournalism, striking readers with the importance or urgency of the news on print and leaving them a lasting impression. The photographers showed their best in producing their images.” 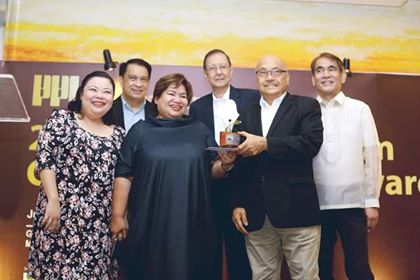 It migrated to the digital platform on Jan. 1, 2019, the first daily community newspapers in the country to do so, transforming itself into CDN Digital but bringing with it its commitment to continue with its brand of journalism that has been recognized by PPI and other award giving bodies: Journalism that builds communities.

The PPI, as it celebrated its 55th year as a national association of Philippine newspapers, acknowledged the challenges faced by the print industry.

But even as “the print industry continues to face challenges brought about by disruptive technology and innovation and a changing consumer landscape, the PPI shone the spotlight on the best of the best among the community newspapers across the country” through the Civic Journalism Community Press Awards, which began in 1996 and is now on its 23rd year.

Edge Davao, which is based in Davao City, garnered the Best in Business and Economic Reporting and Best in Environment Reporting awards for the daily newspaper category.

Other winners were The Bohol Chronicle for the Best Editorial Page; Cagayan de Oro’s Business Week Mindanao for Best in Business and Economic Reporting; and Dumaguete’s Metro Post for Best in Photojournalism.

“The industry is being buffeted by dizzying winds of change. Today – as in the past – any technology that accelerates information has the power to disrupt; so it is with the internet and social media…We must adapt to the technology sooner or later if we are to survive. We have to be realistic that this world has changed and adapt to the reality on the ground,” newly-elected PPI chairman and Manila Standard publisher Rolando Estabillo said.

Despite the challenges, Estabillo said newspapers, especially community papers, have the responsibility, more now than ever, to continue reporting on issues that have direct impact on Filipinos.

Speaking on behalf of the winners, Dexter See of Baguio’s Herald Express acknowledged as much: “It takes hard work, and involves pure sacrifice and passion for the job. That’s why we are here.”