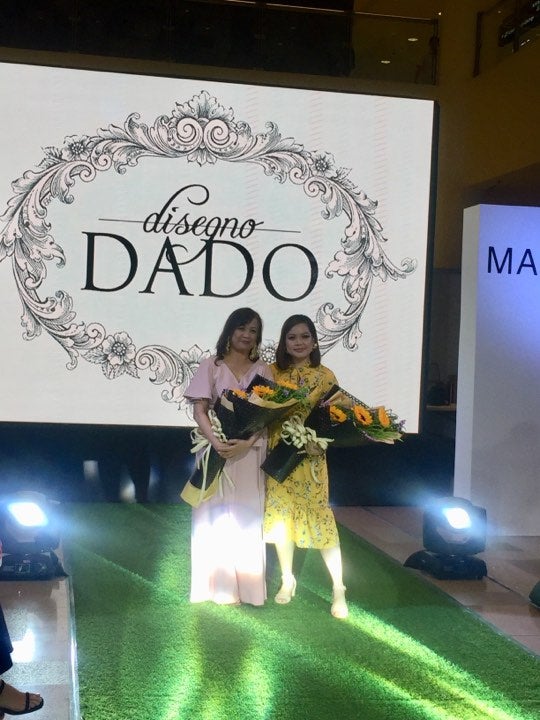 The mother-and-daughter tandem of Angela Dado and Mara Dado during the “Soleil: A Designo Dado Fashion Show” held at The Gallery of Ayala Center Cebu on July 7, Sunday. | contributed photo

These describe the collections of the mother-and-daughter tandem of Angela Dado and Mara Dado in “Soleil: A Designo Dado Fashion Show” held at The Gallery of Ayala Center Cebu last Sunday, July 7, 2019.

“Soleil”, the French word for the sun, was the inspiration of the collection, which they officially launched as pre-order apparel.

“More or less, yes (the sun reflects us). Both of us are simple clothes wearer,” Angela told CDN Digital.

Models from Origin Model and Artist  Management wore the set of collections which showed the colors from dusk till dawn inspired by the colors white, yellow, blush, gold, and maroon.

The dresses’ details are inspired by the waves and sunlight represented by flounce, raffles, and pleating.

The apparel has a mix and match to emphasize that one can wear clothes with practicality. 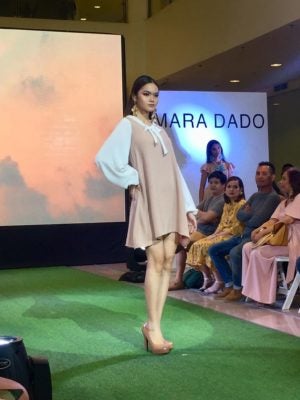 A model shows off one of the collections in the Soleil: A Disegno Dado Fashion Show. CDN digital photo | Mich Padayhag

The fashion show did not only showcase what Angela and Mara can offer; it was also intended for a good cause.

The proceeds of the fashion show and 10 percent of the pre-ordered apparel will be given to the Hero Foundation, which helps children of fallen soldiers.

The road to fashion designing began when Mara realized that taking up architecture was not meant for her.

She then looked for a fashion school together with her mother.

Both took the one-year fashion program at the Fashion Institute of Design and Arts (FIDA).

After learning fashion together, the two set up Disegno Dado in 2013 and focused on made-to-order bridal and formal wear.

For Mara, working with her mother has taught her to understand each other’s spaces.

“Sometimes, we get impatient. That’s how it works but over the years we learn how to compromise and communicate well,” Mara said. / bmjo