Cajes is the complainant of the alleged corruption and theft cases filed against Osmeña and other cohorts in the Office of the Ombudsman.

Lawyer Amando Virgil Ligutan, the legal counsel of Osmeña, said they found substantial errors in the affidavit of Cajes done under oath saying that the seal of the Mayor’s Office was lost on July 2, 2019.

Ligutan said Cebu City Hall records show that Cajes took the seal on June 25, 2019, around 9 a.m., to transfer it to the Legislative Department.

Ligutan presented to the members of the media a photograph of Mayor Edgardo Labella’s inauguration day on June 30, 2019 which shows that the Official Seal of the Mayor was placed on the podium where he delivered his speech. 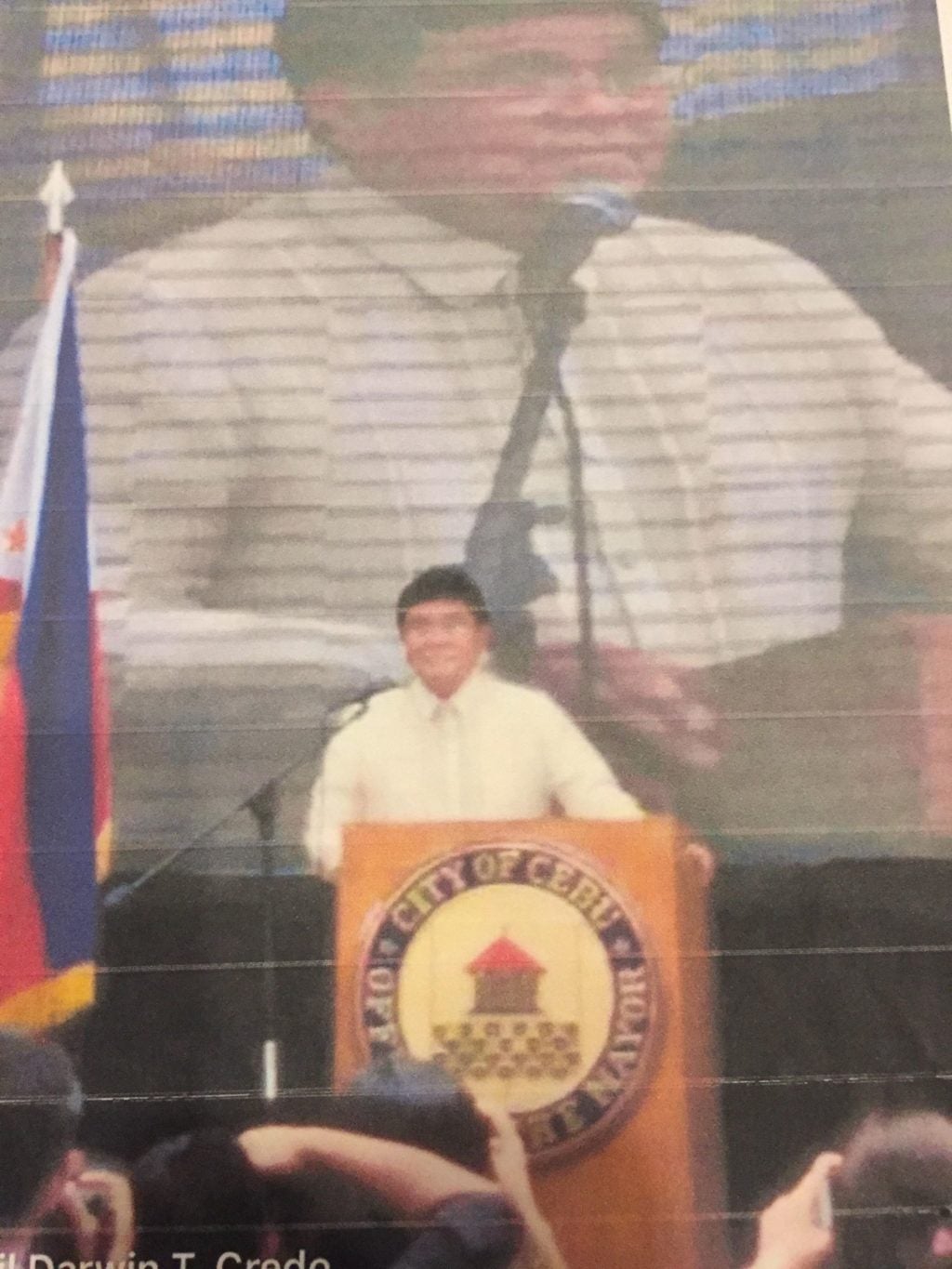 A copy of a picture showing Cebu City Mayor Edgardo Labella giving his inaugural speech with the Mayor’s official seal attached to the podium on June 30, 2019. CDND PHOTO | Delta Letigio

Osmeña’s lawyer said that Cajes “clearly lied” in his statements and may be subject to perjury for making the statement under oath.

Lawyer Rey Gealon, Cebu City Legal Officer, said the claims of Osmeña’s camp is a “weak defense” and the Ombudsman will have difficulty in believing them.

“This alleged entry in the logbook with regards to the lost official seal was neither authenticated nor duly executed,” he said in a text message to CDN Digital.

Gealon further said the logbook is a mere taunt of Osmeña’s camp and urged them to produce logbook entries for the “stolen toilet, lavatory, tiles, wall, wiring and plumbing.”

As for Cajes, Gealon said the engineer has nothing to fear because he is telling the truth.

But Gealon said the pronouncement of Osmeña’s camp can be considered a threat.

“It is a threat. I believe the complainant, Engineer Cajes, is without fear in the face of threat of perjury for he is merely telling the truth based on his personal knowledge and authentic record,” said Gealon.

Cajes has yet to make a statement on the pronouncement of Osmeña’s camp.

Meanwhile, Ligutan urged Cajes to reveal the truth as they have received reports that he is threatened to make the statements for the city’s new administration.

Ligutan questioned why the City Legal Office did not file the case themselves when they announced that they will represent the city.

Gealon said there is no prohibition against an individual filing the case as the City Legal Office is helping Cajes in the case.

Meanwhile, Ligutan said they are waiting for the Department of Interior and Local Government (DILG) to seek for Osmeña’s official explanation on what happened to the Mayor’s office.

The DILG in Central Visayas (DILG-7) has been tasked to investigate the matter.

Osmeña’s camp is confident the agency will be fair in the investigation. / celr

Read Next
Man escapes death by jumping off a cliff