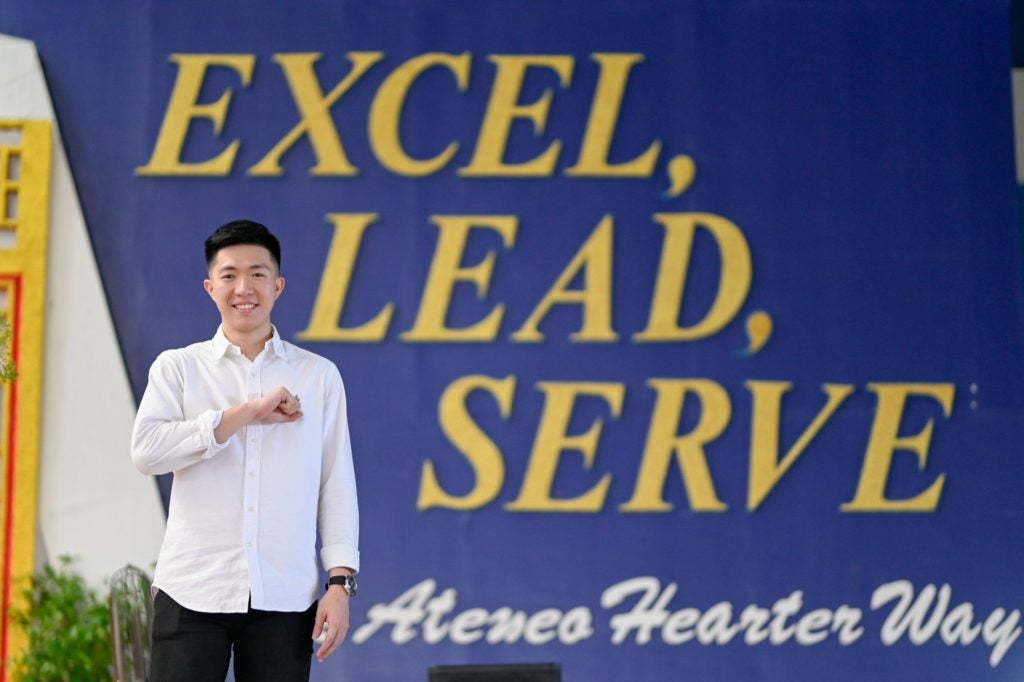 Cebu City, Philippines—It is safe to assume that anyone who has ever played basketball at the highest levels would harbor dreams of one day joining the professional ranks — the Philippine Basketball Association.

However, for Cebuano Dave Wilson Yu, a former captain of the UAAP’s National University (NU) Bulldogs, choosing another fork in the road, one that did not have anything to do with basketball, proved to be an easy choice.

Yu is now a licensed engineer as he was among those who passed in the May 2019 Board exam.

On Wednesday, he returned to his alma mater, the Sacred Heart School-Ateneo de Cebu, to deliver an inspiring talk during the Grade School Honors Assembly. There, he encouraged the students to dream big and pursue dreams with passion and determination.

“I wanted to show them that as long as you put your heart into what you are doing, anything is possible with hardwork and determination,” said the 24-year-old Yu.

Although he played for Batang Gilas and NU, where he won a UAAP championship during his rookie year, Yu explained that making the choice to pursue his chosen profession, which happened to be not basketball-related, was not really all that tough to make.

“It was not that difficult, even though I love to play basketball that much. The idea of being an engineer and facing the opportunities ahead of me far weighs more than pursuing to become a professional basketball player,” said Yu.

In his talk, Yu told the students that the lessons he learned being a student-athlete, starting from grade school all the way to college, greatly helped him get to where he is right now.

“Being a consistent student-athlete from grade school to college was very challenging but also fulfilling and inspiring. With discipline, hard work, and strong determination, things became easier,” said Yu.

Yu said his journey as a student-athlete was his  first step in improving his time management, which is important not only in sports, but also in life.

“I really balanced my time to study, did extra work and extra practice in basketball. But there were times that I had to make difficult decisions on whether to skip from basketball practices or from my classes in order to address pressing priorities,” he said.  “But with God’s grace and support from the school and my family, I was able to juggle my schedule well without sacrificing both my sports and my studies.”

But Yu admitted he faced some tough times along the way. But failure made Yu strive more and he actually used this as motivation in life.

“When these challenges occurred again, whether in crucial games or during periodical exams, it felt like it was more manageable because I learned from my past experiences.” /bmjo

Read Next
One month after robbery, still no progress in KAPA Compostela case