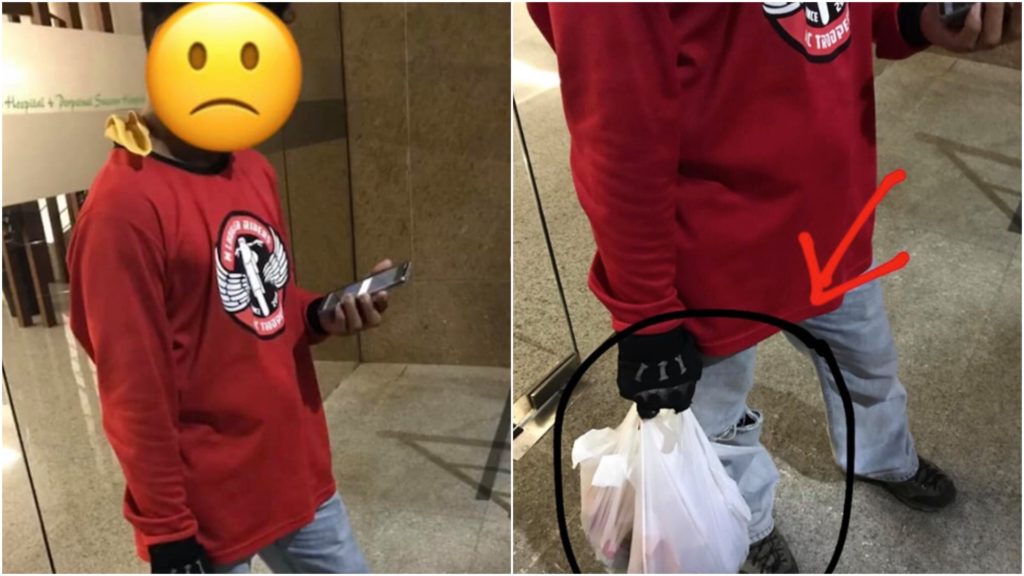 CEBU CITY, Philippines — A Facebook post of a Cebuano food-delivery service driver being stood up is getting sympathy from netizens.

Facebook user Julie Ann Pantallano from Toledo City posted photos and a 9-second video on her timeline about a driver who waited for his customer for an hour in a Catholic hospital in Cebu City. The customer never showed up.

Pantallano said she decided to make the post for awareness.

“I know everyone can relate to this. And as a concerned citizen, I need to help him and other drivers na they don’t deserve to be treated this way. Luoy kaayo sila,” she said. (They’re so pitiful.)

Pantallano told CDN Digital in an interview that she was on duty in the information desk when the driver approached her around 7 p.m. on Thursday, July 11, 2019.

She added that the driver, who was wearing red sweater and a ripped jeans, was asking assistance from her to locate his customer. 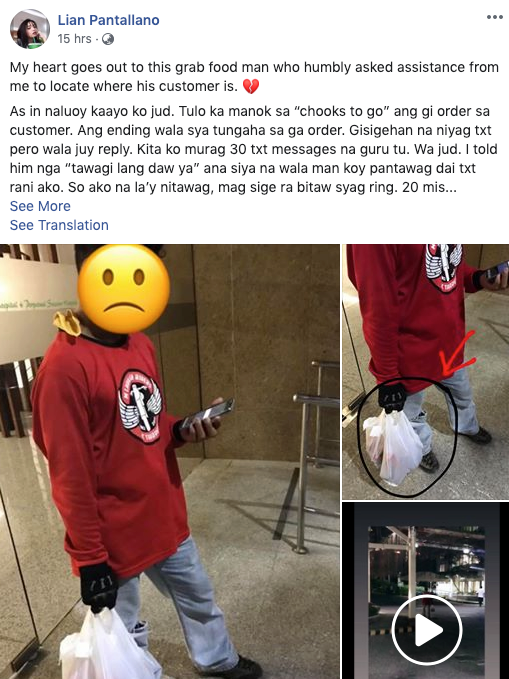 (I really pitied him. His customer ordered three whole roasted chickens but the customer didn’t show up. He texted his customer a couple of times but there was no reply. Like, he probably sent 30 text messages but still no one replied.)

The 22-year-old Pantallano said that she is now planning to visit the office, where the driver is currently affiliated, to identify his name.

(I am on my way to [his] office to get his full details because there are a lot of netizens who are messaging me. They want to send [financial] assistance to kuya driver)