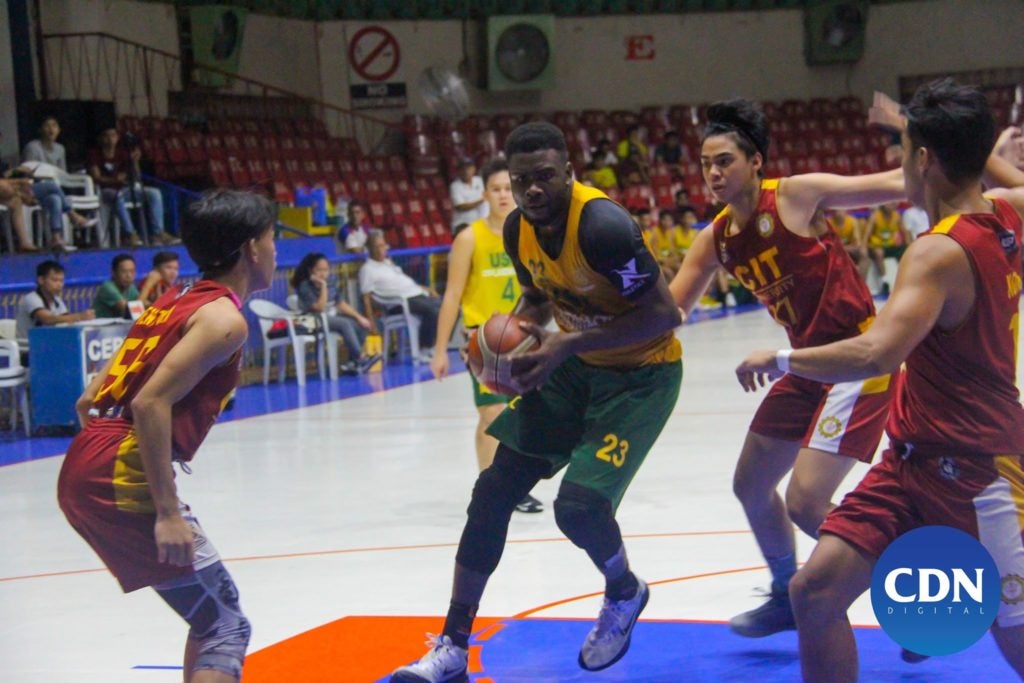 Cebu City, Philippines—The Cebu Landmasters-University of San Carlos (USC) Warriors finally broke out of their two-game slump after defeating the Tough Gear-Cebu Institute of Technology-University (CIT-U) Wildcats, 83-66, in the 2019 Cesafi Partner’s Cup on Tuesday, July 17, 2019, at the Cebu Coliseum.

After playing neck-to-neck against CIT-U for the first three periods, USC finally managed to brush off its opponents with a scintillating fourth period performance anchored on the offensive explosions of hot-shooting two-guard Froilan Mangubat and Nigerian student-athlete, Sommy Managor.

The duo combined for 17 of the team’s 26 fourth period points that allowed them to pull away from the hard-fighting Wildcats.

In contrast, CIT-U sputtered in the endgame as they managed to put up just 13 markers.

Mangubat followed up his 30-point performance against the University of the Visayas last time out, with a solid 23-point showing while Managor added 22. Kurt Trangia and Kenneth Brillo also put forth 10 points each as the Warriors improved to 4-5 (win-loss).

Mark Christian Kong led the way for CIT-U with 20 points but it was not nearly enough to keep the Wildcats from falling further down at 1-7. /bmjo