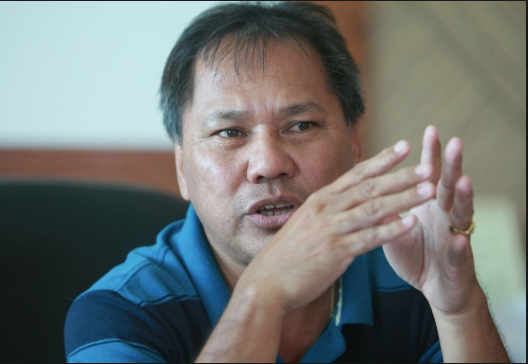 CEBU CITY, Philippines — The appellate court has cleared Naga City, Cebu Mayor Valdemar Chiong of administrative charges of grave misconduct and gross negligence over the issuance of a conditional mayor’s permit to a petroleum company, despite lacking requirement in 2014.

In a 12-page decision promulgated on July 6, 2019, the Court of Appeals 20th Division reversed the earlier ruling of the Ombudsman in the Visayas that found Chiong guilty of administrative liability for the issuance of the mayor’s permit during his previous stint as city mayor.

The case stemmed from the complaint of a certain Darwin Sarraga, an executive of a petroleum company, alleging that Chiong favored a competitor when he issued the mayor’s permit despite lacking a fire safety inspection certificate (FSIC) from the Bureau of Fire Protection (BFP) in Naga City in April 2014.

The decision penned by Associate Justice Emily Aliño-Geluz said Chiong’s guilt of negligence or dereliction of duty was not established merely with the issuance of the permit since the records of the BFP Naga City showed that the concerned petroleum company had been previously issued with a permit.

The decision said that in the absence of a blacklist from the BFP Naga City, Chiong had basis for granting the company with a conditional permit.

“From the foregoing, we find that Chiong could not be held liable for grave misconduct and gross neglect of duty or gross negligence since his guilt was never established through substantial evidence,” read an excerpt of the decision.

Chiong, in his counter affidavit, also said Sarraga’s allegations were malicious and misleading considering that he only issued a conditional mayor’s permit which was valid for three months and not the regular permit which had a one-year validity.

But the Ombudsman did not give merit to Chiong’s argument and ruled in May 2017 that he was guilty of grave misconduct and gross negligence.

It reaffirmed its decision when it junked Chiong’s Motion for Reconsideration in September 2017.

The Ombudsman’s decision ordered Chiong’s dismissal from service and the accessory penalty of perpetual disqualification from holding public office.

Chiong, at the time, however, was not a public official since he came off from serving three terms as the city’s mayor in 2016.

The Ombudsman also indicted him for violation of the Anti-Graft and Corrupt Practices Act, a criminal offense.

While the CA has cleared Chiong of administrative liabilities, the appellate court said it has no jurisdiction to rule on the criminal offense entailed in the case./dbs