Labella is National Chairman of League of Cities of the Philippines 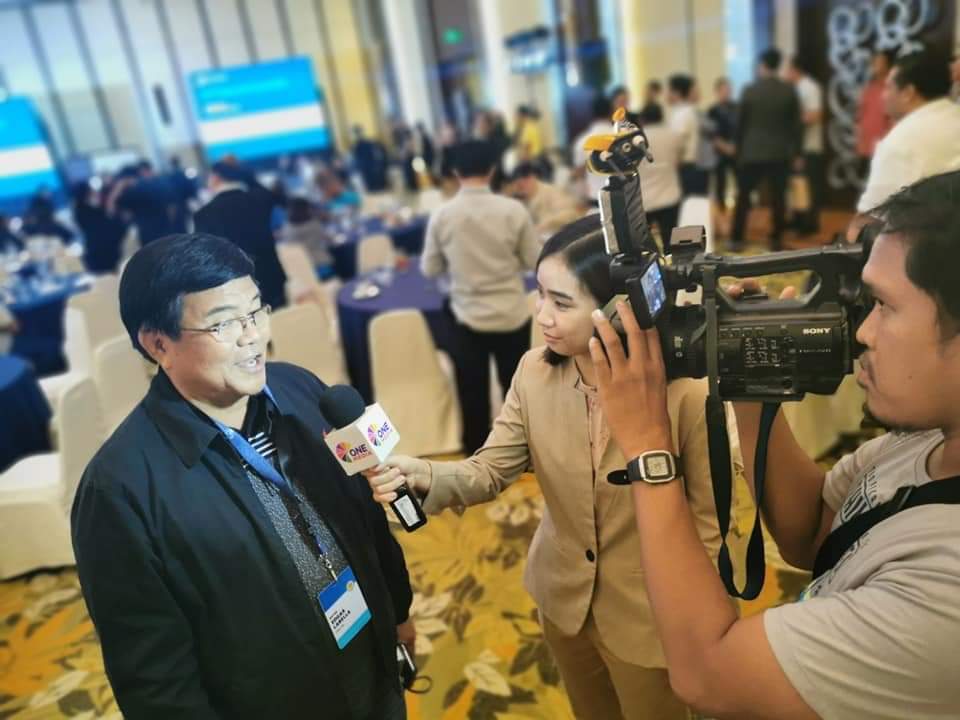 Cebu City Mayor Edgar Labella is being interviewed in this photo posted by the Cebu City Public Information Office. Labella was elected as National Chairman of the League of Cities of the Philippines on Friday, July 19, at the EDSA Shangri-La Manila. PHOTO FROM CEBU CITY PIO

CEBU CITY, Philippines—Cebu City Mayor Edgardo Labella was elected on Friday, July 19, as National Chairman of the League of Cities of the Philippines (LCP) during the group’s 68th General Assembly and Election of Board Members at the EDSA Shangri-La in Manila.

Labella, in his acceptance speech, said his election as the National Chairman is a “pleasant surprise.”

He described himself as an ordinary man who ran against a political royalty in the May 2013 elections.

Labella, however, is not a neophyte in public service and local politics.

In his speech, he noted that he gained experiences working as Ombudsman Prosecutor and Ombusdman Director in the Visayas, as a four-time councilor of Cebu and as Vice Mayor for two terms.

He said there are many areas where local government executives can brainstorm and carry out collective work.

“There are items of the local government that we, as cty mayors, should work together so that we can come out with what is best in our respective constituencies,” said Labella.

The League of Cities of the Philippines is composed of 145 cities with each city being represented by its mayor.

Labella ended his speech with a reminder for his fellow mayors.

“As public officials, we are not masters but servants of the people,” he said.

News of Labella’s new post was announced on the Facebook page of the Cebu City Public Information Office.

A video of Labella delivering his acceptance speech was posted in his official Facebook page.

Your subscription could not be saved. Please try again.
Your subscription has been successful.
Read Next
Cebu province to shoulder hospitalization, burial expenses of Boljoon accident victims