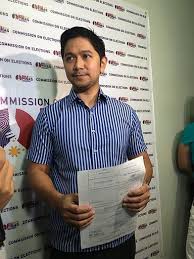 Most of these are also dilapidated with structures built in 1991 yet or almost 30 years ago, said Provincial Board Member Thadeo Jovito Ouano.

Ouano, chairperson of the Provincial Board’s Committee on Public Safety, Peace and Order, and Dangerous Drugs Abuse Prevention, said there is now a need to renovate old police stations, if not build new ones to provide the police with more specious and suitable office spaces.

“Some of these police stations were built in 1991 and these (are) old and dilapidated, which need to be retouched or changed into a new one that is more spacious and suitable for an office to cater to the public,” he said.

Ouano cited the case of the Catmon police station that occupies the second floor of the Municipal Circuit Trial Court building in the northern Cebu town. He said that the while the two-storey structure is square shaped, this stands on a rectangular shaped lot.

He said that improves, if implemented are expected to boost the operation of the different police stations in the province.

Ouano said that a standard police stations should have three floors. It is to have a separate office for the chief of police, a conference room and a spacious detention cell among others.

Police Colonel Roderick Mariano, director of the Cebu Police Provincial Office (CPPO), earlier said he that he already raised a concern on police stations that are squatting on LGU lots during his recent visit at the Capitol.

Mariano said the Philippine National Police (PNP) is ready to fund for the construction of the edifice but they will need the LGUs to donate the lots where the structures will be built on. /dcb