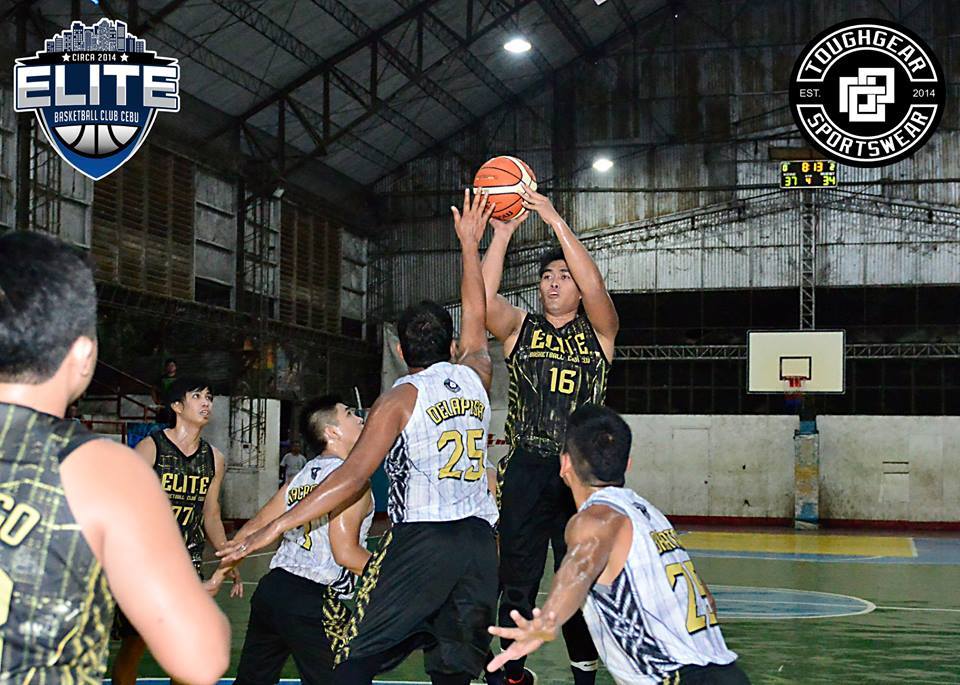 Vernon Anfone of the Cheetahs shoots a jumper in a game against the Tigers. | contributed photo

Cebu City, Philippines—Vernon Anfone flirted with hitting the half-century mark as he scored an incredible 49 points to lift the Cheetahs to a 125-112 victory over the Tigers in the Elite Basketball Cebu City Season 15 last weekend at the Visayan Glass Gym in Guadalupe.

The former ACSAT standout was joined by RJ Acha, who scored 27 points, and John Rodrigo, who added 22, to help the Cheetahs run away to their fifth victory in as many games.

Meanwhile, former University of Cebu marksman Allain Abellanosa showed he still has plenty of gas left in the tank as he fired in 34 points to tow the Rams past the Wolves, 84-79.

Toytoy Minoza backed him up with 20 of his own while Jerome Soque added 12 as the Rams improved to 4-1 (win-loss).

The Hawks also snatched their third win in five outings after clobbering the Scorpions, 92-72.

Jolo Gastador scored 29 points while James Truz chipped in 14 to help the Hawks soar to the victory.

The defending champions Sharks also barged into the win column with a 60-59 win over the Panthers.

The Sharks and the Panthers each tote similar 1-4 records. /bmjo